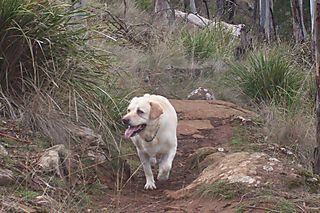 I sat at my computer two nights ago, yesterday and this morning trying to upload my post and pictures. I keep getting error messages. Typepad had updated their Compose page which means that something that worked perfectly well before, now had a bazillion bugs for me and won't work properly. I tried to ask for Help, but they're not playing (they might be now): They're from Typepad and they're not here to help and there's not a cheque in the mail!!! The BlackSpot of Doomlight is also enhancing their system which means it takes at least twice as long to transact a purchase. I know I have to move with the times but I  wish times would slow, ever so slightly.

Here's a helpful tip: Don't spill a whole cup of tea into your shoe while you are wearing said shoe. Just saying, it's not a worthwhile experience.

After such a long time I am finally feeling better and back to the real world, though I seem to have passed 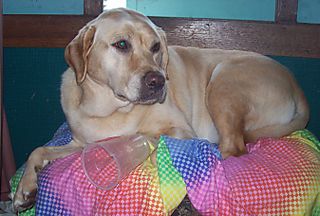 on my cold to other people!!! I think I have pretty much managed to reply to all my very kind comments but I still have so many posts from other people to catch up on. The weather has been wonderfully warm and sunny and even rainy. Harki and Peri love the temperate climes. It is the perfect weather for walking in the morning, lying in the Sun in the afternoon and then snuggling up on the couch in the evening. At home they have been paying long games of Tug-of-War and generally running about a lot in and out, up and down. Finally they are so exhausted they go straight to sleep and Harki snores!!! Peri sleeps on the ottoman, on which she barely fits, but is determined to do so. She takes her Trophy of The Games with her.

Last Saturday we has our second Ravelry Outing. Some knitters dressed for Winter but it was actually so warm they sweltered. Such fun was had and I met some blogging friends in real life: Hi SlimSuzi!! I have been knitting my Diamonds in the Stream socks, in fact I have finished one and started the other. I also knitted a One Row Pattern scarf in some gorgeous green handspun alpaca. It is perfect and I have worn it a lot. I sat on the couch and watched Dexter while I knitted. Dexter is weirdly

good, but might be too confronting for those of a delicate nature, of which I am obviously not!! I also, shock/horror, cut off the GiTNEB's buttonband and reknitted it with my favourite buttonholes and I also made it just a tad wider. Now my happiness is complete!!!

MrsDrWho and I have pushed our cinematic viewing experience boundary by going to the pictures twice in a fortnight!!! We saw Indiana Jones and the Kingdom of the Crystal Skull. I went along not expecting very much and so I was pleasantly surprised to find myself having a good time. It is no Citizen Kane, or even Citizen Indiana, but it is a good finale to the series. There's humour, adventure, scary bits, snappy dialogue, some fantastic chase sequences and great 'in' jokes for those in the know. I reckon I liked Iron Man better. We have some more films to see: The Chronicles of Narnia-Prince Caspian, The X-Files 2 and another one, maybe The Dark Knight?? I have only seen the first Batman movie, and to be frank, I liked the camp TV series best. I also have to confess I have never seen The Princess Bride. According to MrsDrWho this makes me a Film Barbarian!!!

Thank you to Inkberryblue who's awarded me this. I don't ever think my life is really interesting, I just potter along, but I am glad my wittering on is able to amuse and entertain others!!!

I love Amy Johnson. Amy Johnson is delicious, and no, I haven't suddenly turned cannibal, Amy Johnson is a delicious slice from The Olden Days. You never see a recipe for Amy Johnson anymore, or even the slice itself. I baked Amy Johnson for MrsDrWho, and one bite was enough to bring childhood memories flooding back. My nan would always cook Amy Johnson slice (going for the World's Record in Amy Johnson mentions here!!) for us. It is not too rich, so you can eat quite a few pieces if you want to. And it is one of the things I do want!!! Here's the recipe. It has a few parts and steps, but it is quite easy and definitely worth the effort!!!

Preheat the oven to 180*C and grease and line a lamington tray ( or any tray approximately 30 x 25 x 3 cm) with baking paper.

To make the pastry, rub the butter into the flour and then mix in enough milk to make a dough, not too sticky. Knead lightly and refrigerate for 30 minutes. Then roll out on a floured surface until quite thin and cover the base of the tray. Thin is good, I even had a little dough left over. You can cut and paste to fit, it is the base after all!!

Spread the jam evenly over the base and then scatter the currants generously over the jam in a Nigella kind of way.

Next, the cake layer. Cream the butter and sugar, add the eggs one at a time, and the vanilla, and then fold in the flour and milk. You may need to add a little extra milk to make the mixture easier to spread. I used the back of a big spoon dipped into a cup of boiling water to spread it evenly. It works really well.

Bake for 35-45 minutes..You will know it is cooked when the top springs back and is golden brown. It will also come away from the side of the tin. Make the icing and spread over the cooled slice and then cut into small pieces. It makes a lot. Then eat it. Yum!!!

I have never had Amy Johnson but I just might have to now.

Oh, and never seen The Princess Bride?! You are indeed a Film Barbarian!! I hope you've read the book though? (if not, you should, it's really fabulous!!)

Oh, yum yum!!
And I agree - you MUST see the Princess Bride - such a fabulous books! (I haven't read the book, perhaps that should be a holiday project..)

Lovely to see you winning the fight with Typepad :>

Youve never seen the Princess Bride??? *faints clean away* Maybe its adolescent memories, but I loved it. Havent seen it in ages tho. But then Ive never had Amy Johnson Slice, so I guess we're square.

I'm so pleased to read you are feeling better.

I've never heard of an Amy Johnson Slice either, but have now printed it off and will make it for the children. Looks absolutely delicious!

(Okay, so it's not really for the children ... but I will share a piece with them!)

Once again, I love the doggy pictures. I've read so many times that Iron Man is a good movie, that now I want to see it too. I haven't been to the movies in a long time.
Glad you are feeling better, well enough to bake and share the recipe. I think I saw and had this cake during my childhood, always made by older Aunts in the family or family friends. I'm on a diet now, so I will not attempt to bake any cakes for a while. Sigh. All the best to you and Harki and Peri!

Don't worry about not having seen The Princess Bride - I only saw it at the New Year. It's funny and you will definitely start quoting from it, but it's by no means "The Third Man"!

Your sock has turned out to be wonderfully stripey & a few labrador hairs knitting in for extra warmth & durability : ) I always end up with some of my own hair (plus a liberal sprinkling of dog hair) in all my knits!

I guess I must be a film barbarian too as I haven't seen the Princess Bride either.

Good to hear that you are better. Love your Diamond sock & the color is gorgeous. Amy Johnson looks yummy but I don't think I can handle as I am a "put all ingredients together & mix thoroughly" person.

You have never seen the Princess Bride??

I liked iron man and want to see indiana jones too.

will we be seeing a multi shaded green scarf from you on tuesday or do you have secret squirrel other colours to add?? :)

Ditto! You must see Princess Bride:)

Saffy and Silas have been making little 'yip' sounds in their sleep lately and kicking their legs. Perhaps they dream of chasing turkeys?

Once again, I'm hungry after reading your blog:)

Glad you are feeling better!

I am glad to hear you back to your chirpy self! I think I have had that slice, but I will have to ask if someone else can make me some. It's my oven! It doesn't work and is awful and old and leaky of the heat.

As for the Princess Bride, I have seen it many times, but it's not on my desert island list!

Amy Johnson slice is delicious and I will be friends with you even if you haven't see The Princess Bride.
But you better get organised and see it soon!

It was lovely to meet you at last!
Yum! Amy Johnson looks just as yummy as you described her!

I'm so glad that you are enjoying Dexter. I loved the book and the first series of the show and am looking forward to the second series of the show, which is due out in the US in the fall. If you want the first Dexter book, I have it and would be happy to send it to you.

Amy Johnson! We occasionally had it for sale at one of my previous workplaces. It is nice. But then I am a sucker for any type of slice with jam it.

So glad that you and the puppies are well. And yes, you really must see The Princess Bride.

Loves the doggie pics! I tried to enlarge your scarf and sock pics but they were REALLY big and wouldn't fit my monitor. I've never heard of Amy Johnson! interesting.

Loves the doggie pics! I tried to enlarge your scarf and sock pics but they were REALLY big and wouldn't fit my monitor. I've never heard of Amy Johnson! interesting.

Is snoring a Lab thing? I've never had a Lab that didn't snore.

thank you so much for posting the Amy Johnson recipe - my Nanna used to make this for us when I was a kid and I have always loved it. I miss her very much and a bit of this delicious slice is the perfect way to remember her. Thank you.

Just had to tell you that after you mentioned Amy Johnson cake last night I decided to make a pink one, using strawberry jam for the student I told you about. When I did a google search for Amy Johnson cake recipe, your blog came up on the first page!!!! And you were the first site I found that actually had the recipe on it.