A Policeman's Lot Is Nude A Happy One

Our Police Commissioner here in The Apple Isle (and now I feel like I live in Toy Town with Noddy) Commissioner Jack Plod (and now I do) has been charged with Disclosing State Secrets along with other things. He was officially charged yesterday and was strip-searched in a cell momentarily as per usual. Some high ups think this is inappropriate. I say what's sauce for the goose is sauce for the gander. However the thought of nude Commissioner Jack Plod is not a happy one!!! I do wonder what the State Secrets might be though....

Yesterday in town I spotted a Back Up Potential Husband: PH #2. He is smaller, pocket sized when

deflated, but comes at a price. And don't they all!!! I must remember to show Miss HouseOf his picture soon.

The new BH&G magazine is out and it is The December Christmas Issue. In October. Thank you for that. 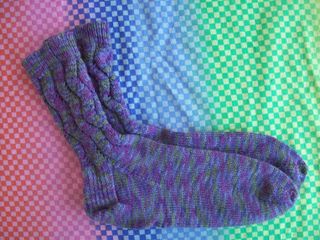 MrsDrWho's Sax and Violets socks are finished. Done and Dusted. All over Red Rover etc. They are the lovely Waving Lace pattern and I used Crystal Palace Bamboo in Violets on 2.25mm needles. Its a great pattern and they feel wonderful on my hand so should be nice on her feet. Happy Birthday MrsDrWho!!! 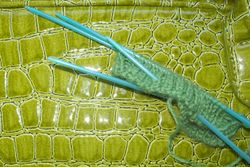 I have started a new pair of socks for myself. Four pairs of socks have worn out in the last month or so and Summer is just the time to be knitting socks. I went to have a blood test and I was sitting there waiting to be hooked up with my sock ribbing and my handbag and Viola!! I knew the pattern I wanted to knit: Can you guess? (And now I feel like I am on Play School!!) Well can you children?? I don't have a pattern but i have printed out some graph paper to make one. My knitting aspect is 1.4117 so I rounded that to 1.42. You find your 'Knitting Aspect' by dividing your 10cm/4" row count by the stitch count. Mine was 48/34. 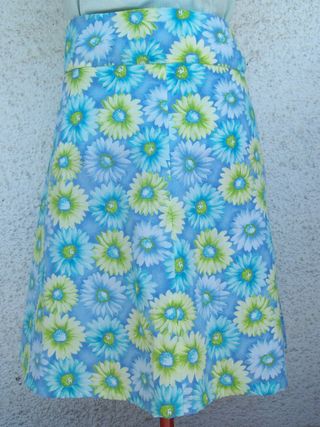 I finished sewing my skirt. There was a slight debacle when I used the skirt pattern which I later realised was for stretch fabric. Half the pattern was for stretchy and the other half for woven. I still have to wriggle some more room into the hip area. Sigh. It would be easier to start all over again but I am determined to get this right. It is the Give Me Your Answer Do Skirt. I have tops that match the lime and aqua colours so it will be be great. It is weather for skirts now.

Harki has been for her now annual Spring Fever cortisone injection. I have drops, but on Tuesday night she was crying and rubbing her head on the floor. Peri 'helped' by licking her ears for her. The injection is very fast working and her eyes stopped watering and her ears stopped being red. She is very happy this morning as evidenced by all the Squeaky Toy squeaking that was going on. Another 28 toys were located in the garden at the weekend... 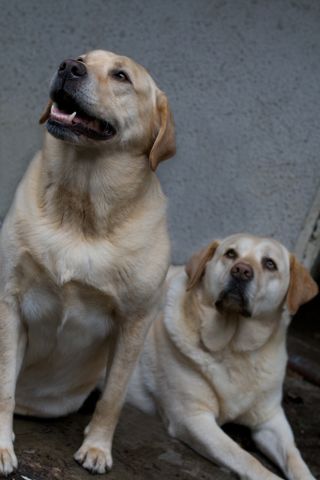 We saw a sad sight on our walk today. Harki and Peri were running ahead and I came round the corner to see this. Poor Mr Kangaroo (yes I know it is a wallaby of some kind but we call them Kangaroos, The Labrador and I. Actually we say Mr Kangarooney. I have no proper life!!!) The Labradors were near enough to sniff but they came straight back when I called them. There were motorbike tracks on the paths. Bikes are not allowed but I think this may be how the kangaroo died.

Three things have arrived in the letter box.  Ailsa sent me a copy of an IK Crochet that needed a new home and I posted her off a bag and a treat!! I bought some excellent secret material from The Humming Mini and some terrific wool from Knitness on The Ravelry. Thank you all. What nice people!! 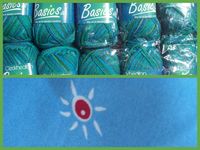 So, since we had a walk today we'll be sleeping in tomorrow and then maybe cutting out a dress to sew, fixing the skirt and making up the pattern for the socks that need a name. Oh and I must start watching the Whole Seasons of CSI:Ordinary and NY as we have Blake's 7 Season 4 on the way!!!

NO sewing -I have shanghi-ed her for academic purposes!

It is definitely skirt weather - I'm wearing one of my favourites today.

Knitters are the nicest people aren't they!

Anyway, love the material you used for the skirt!! the flowers are so pretty!!!

Shame about the wildlife.
Love the skirt - perfect for summer. I very much approve of Potential Partner number 2 for he is pocket sized! Wish Mrs. Dr. Who a happy birthday from me - I look forward to a sarcastic blog comment from her soon!

28 more toys!!!!! that made me laugh. Poor Rubes is deprived she only has one at the moment!! must look into that, but they all end up on the roof, maxed or over the fence in the bush never to be seen again. Love your skirt and those socks are gorgeous!!Lucky MrsDW

We have just finished watching Veronica Mars series 1 which we both really liked! Mr Kim is off to Hospital tomorrow for his throat cutting and will hopefully be released in to my care(lessness) on Wednesday. I think prehaps your socks need to be the green aspect socks.
"8 nearly new toys - what lucky dogs! Love the skirt - must try to spend more time with my sewing machine - somehow!

Oh, the poor wallaby! And those socks are lovely, I'm sure MrsDrWho will be quite happy with them.

Hi, I found your blog through the Tassie knitters blog. I love your dogs, they sound better behaved than mine as my old girl rolled in a dead possum yesterday, not a good smell. Anyway just wanted to drop a fellow tassie knitter a line. Dogs, knitting and the bush, what more could we ask for.

The Waving Lace socks look great & I love the colors. I will like to trade in my husband for one of those PHs - they look like low or no maintenance!

That is a stunning picture of the labs! I Love it!

i love the socks!!