Home Archives Profile Subscribe
Soldier, Soldier, Will You Marry Me With Your Musket, Fife And Tub?
Home:sick

The Tooth, The Whole Tooth and Nothing But The Tooth

I won't subject you to gratuitous photos of my teeth. Suffice it to say they are so very clean and so very shiny and I did not need any fillings. A good tooth day. I actually did take a few trial photos but they were not a success. I looked like part of an Identikit, and not a good part.

Tomorrow marks the beginning of The Official Christmas Season according to MrsDrWho and so I have made her an Advent Calendar. I saw a picture on the internet and was inspired. 300 buttons later I finished and it now houses 24 Lindor chocolate balls. I added the gold accents because it was too unrelenting red, though of course if it were green it would be relenting green and in no need of an accent!! 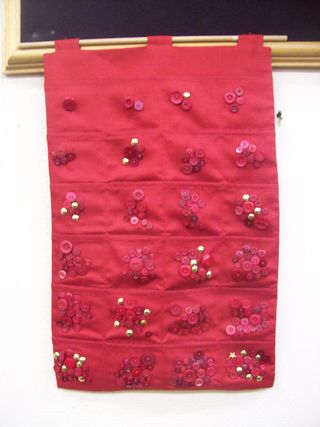 I woke up late this morning and found that my dental appointment was at 9-30am, not noon, so there were short walks, and even shorter getting ready. Then I was off to The BlackSpot of Doomlight (tm) to buy things for MrsDrWho and then home again, home again, jiggety jig and to bed for a long nap. This evening I went to craft and then dropped off the Advent calendar. While I was out someone ate a pair of bamboo knitting needles. Luckily they came free with a magazine. Someone was ferreting about in a plastic tub and found the crinkly packed needles and decided they were a toy.

It was not Harki: 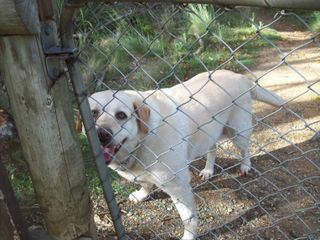 It was not Peri Naughty: 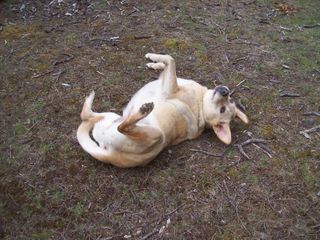 Perhaps it was Lorelai Gilmore???? 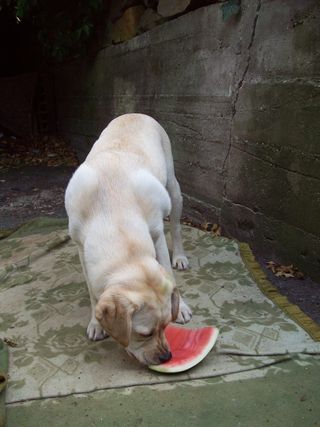 Now I am going to have a little moan, well a big moan, about something that is not terribly important, but very annoying. There are new digital television stations available. The new 7TWO was advertised and they said All Australians would be able to receive it at the beginning of November, subject to digital coverage.  Even though we have digital coverage, our island had to wait a month. This may not seem like a catastrophe, but they were beginning many shows from the first episode, and now we will start at episode Five.  It is not that I want to watch these shows, but it is the principal of the thing. The station did announce that they would show packages of the missed episodes so we could catch up.  No, they won't. I emailed the manager and he said it was out of his hands. Very poor management, I say, if you can't manage to actually show your station to one whole state.  Missing out for no good reason other than mainland moguls not giving two hoots really annoys me. My mum doesn't have a digital TV or set top box and I was hoping she could watch some shows that I could save on my hard drive for her from the very first episode. Not any more.

On a happier note, soon I will be able to visit MrsDrWho's classroom and cook some lovely Christmas treats with her class. That will restore my faith!!!

The Labradors have already gone to bed, and I must too, it's been a long day at our house.

Bureaucracies Cindy appear to be a law unto their own. I'm having a battle with one myself at the moment & unfortunately it's like beating your head against a brick wall :(

Nice advent calendar...you must have been saving all those red buttons for a while though!!

That's a neat idea for a Advent calendar! Lovely really! I'm glad your teeth are all O.K. and also that we don't have to see a picture. :o)
Oh that Gilly! Right behind me my shredder is hard at work again, there's no stopping HIM!

At least you tried to get an answer from management. I don't give a hoot about TV any more. I love me my DVD's! :o)

The Advent Calendar looks great & yummy - my favorite Lindt chocolate everyday! Companies are always talking about good customer service but never actually practise it - they are actually very good in NOT listening to their customers!

Oh, Peri looks SO happy!!! What a beautiful photo :)

I love the Advent calendar - so clever and pretty!

I love the calendar, (and will try harder next year!) And I agree,. sigh - how often do bueaucrats either ignore our island entirely or try to pretentd we belong to a different country....

Cheeky Gilly, eating your needles, lucky they didn't have a WIP on them.

Once J gave my girls a pot & wooden spoon to lick clean, the pot survived, the spoon however did not!

Clearly, it is NOT POSSIBLE to have too much red!! What an excellent idea for an advent calendar!