Such A Dazzling Vote Of Many Colours

I hadn't thought that people from other political systems might not know how our Westminster system works. We have three tiers of Government: Local, State and Federal. This is about the Federal  system. Here is an explanation, of sorts.

The House of Representatives is the Lower house and all the States and Territories are divided into Single Member Electorates containing roughly the same amount of voters. Tasmania has fewer people and so fewer members than NSW, for example. The political party with the most members in the Lower House forms Government and this party elects the Prime Minister from amongst their number. The Lower House alone can introduce Money Bills and that is why the PM is there. Apparently!!

The Senate is the Upper house and is basically a house of review. Each State has the same number of Senators, 6, and the Territories have 2 each. The Senate can block the Supply of Money bills.

The voters do not have a direct vote for the Prime Minister, unlike the Presidential elections in the USA. Although many campaigns here are Presidential in style, it is up to the winning party to elect their leader, who then becomes the PM. That's why our PM can be peremptorily changed over night: the party in Government can just vote in a new PM.

Thank your lucky stars I don't have the inclination to explain the Hare-Clark system our state uses!!

OPAM time is here again: One Project A Month. Magically, my mittens have transmogrified themselves into an Eyelet Cowl for MrsDrWho's birthday. It is from Vogue Knitting (Designer Knitting here now) and I used one whole ball of Bendigo Luxury plus a little 8ply to finish the last few cast off stitches and the drawstring. I used a  5mm circular needle. I cast on 102 stitches instead of 90 rather than use 5.5mm needles. 5mm really are my comfort limit. It is so, so, sunny that it is hard to take a photo, so this is just to be going on with. Oh I have named this George Cowley!!!

I also finished MrsDrWho's socks. I have walked around with one sock looking for its pair to no avail. I know there are two but I can only ever find ONE. So I have named these the Mr Spiggott Socks. I based these on the Thuja pattern and just knitted a K2 P2 rib. At the heel I juggled the stitches so the top of the foot would have a K2, P2...K2 set up. I used almost one ball of Naturally Loyal 8ply for each sock. Again, this is just a photo to be going on with until I locate the other sock. I am sure it is staring me in the foot... 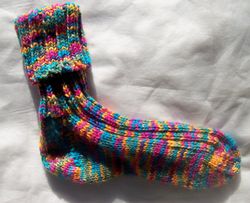 This week I have been Rip van Winkly: I slept in till 10-35 on Monday morning, on Tuesday I didn't even get out of bed apart from feeding The Labradors until late afternoon and Wednesday I plonked myself on the couch until tea time. Today The Labradors had a lovely walk, it wasn't raining like Monday or Wednesday, but there were plenty of puddles and little extra creeks. 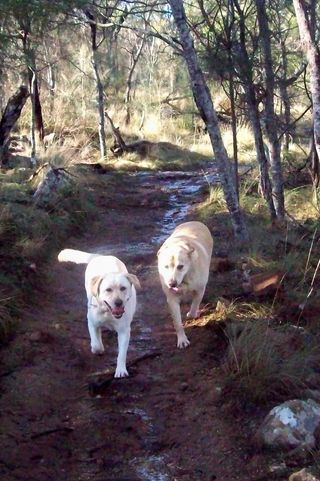 And here's a close up: 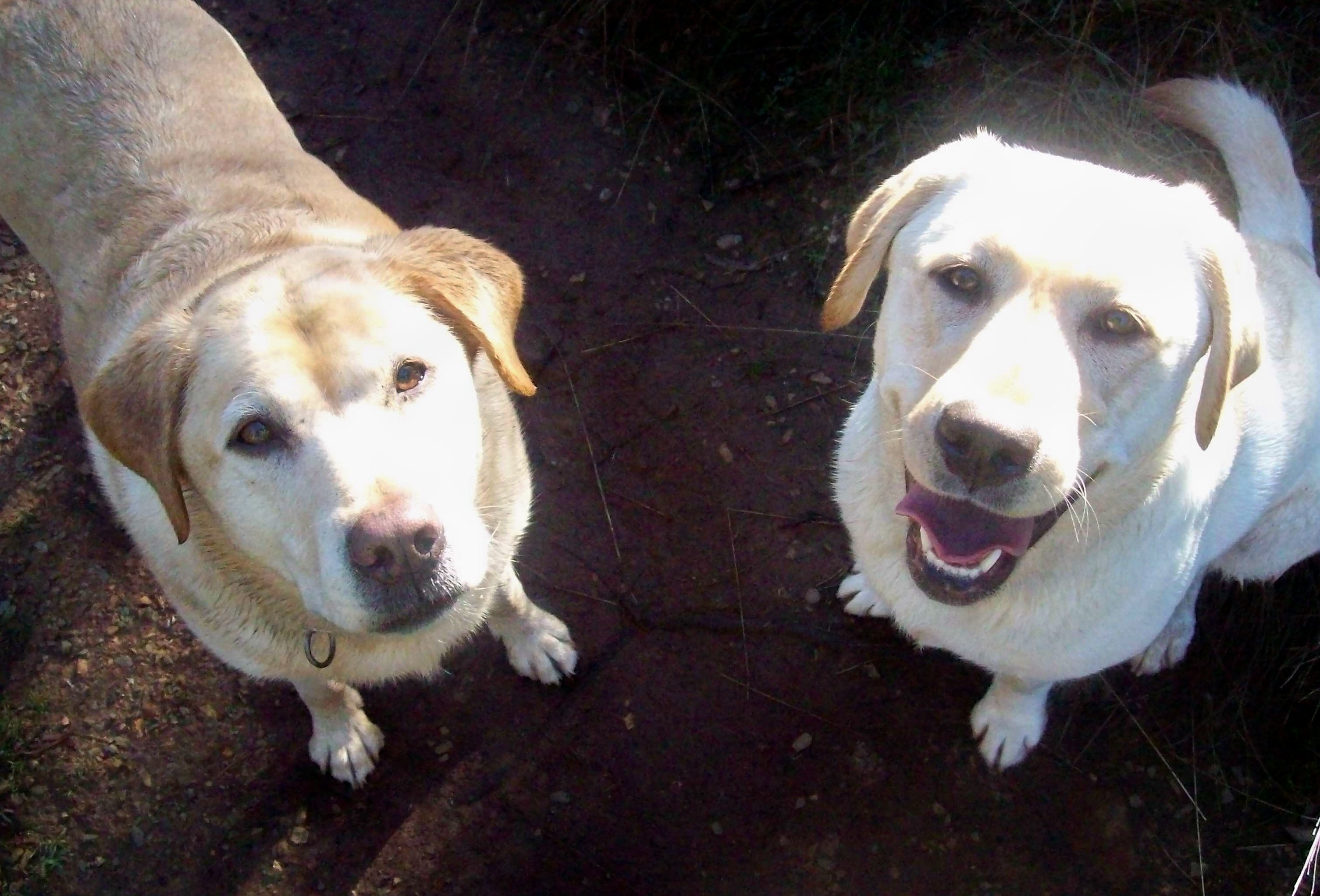 The Australian Women's Weekly has a list of their Top Ten Cakes and I am thinking of having a little bake-a-thon of them over the next few weeks. Here is the list:

I am going to have another nap soon because tonight it is Knitting Dining Out!! I must organise some knitting to take with me, maybe my mittens which are now for July.

As it is the start of a New Year (albeit financial) I have decided to start my new quilt. For quite a long time this will mean sewing one rectangular piece of fabric to the previous day's piece: day by day. Obviously there's not much to see today so I'll post a photo tomorrow. Maybe!!

Oh and I forgot to show my new cardigan. Mrs Valley found it Garage Sale-ing. It is a lovely Granny Smith apple green and matches my new top perfectly. It is very lovely and I have worn it every day. Best of all, it cost Two Dollars, yes $2!! I am very lucky. Mr and Mrs Valley also gave me a set of Jamie Oliver DVDs and some lovely lavender soap that is gentle on my skin. Happy days!!! 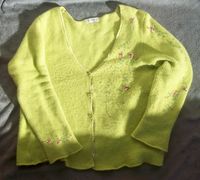 $2?? What a bargain. Yes, I mislay one of a pair of socks sometimes too. Too much on my mind lately and something similar has happened twice. Next ball of wool, finished sock. I forget about them and the thing usually turns up in a couple of days.

What a pretty cardi!
Mmmmm ~ I'm looking forward to your bake~a~thon. I am almost on holidays (one sleep to go) and I can't wait to cook! There's a recipe for caramel bread and butter pudding in the latest BHG that I really want to make. I have the Jamie At Home DVDs to inspire me too!
Please give the labs a big pat from me.
x

I'm glad it was you explaining our Govt, I'm flat out these days even knowing the names of those who represent us!! LOL A terrible state of affairs "P

I'm sure MrsDrWho will love her knitted goodies! Lucky MrsDrWho

Lucky 2paw too....scoring such a bargain of a cardi. Nice colour as well!!

The 'girls' look to be in good form on their walk :)

Looking forward to seeing your bake-off :D I had a bake-off of sorts myself tonight. I actually cooked a whole meal myself in honour of a newly engaged young couple of our acquantance :D We had crispy bread rolls with Goulash, potato & sweet potato (I forgot to cook the peas!!) then I personally cooked an apple cake slice thingy from scratch (I couldn't find the recipe, so merged 2 recipes from online) which we had hot with Blue Ribbon Icecream....Yummo. The happy couple even took away a doggy bag too! :D

What a bargain cardi!

I'm looking forward to the cakes! I like the sound of the moist coconut one and the pistachio one - although if you have to use lots of pistachios try to buy them pre-shelled - once had to shell about 375gm of pistachios and got terrible blisters!

Happy days indeed. I wish I lived near you -- pretty trails -- and cakes!!

The cowl looks great & it will be so useful for the cold mornings. It has been freezing here in the mornings with temp below 5. The list of cakes looks yummy & I will be drooling over your bake-a-thon.