We had turned off the lounge-room lights, the computer and locked the back door and I even made a cup of lemon tea when I realised I hadn't posted for Self Stitched September. I was going to ignore it and post in the morning, but then I would spoil my record this month.

These are nice cord stretchy trousers which I bought a few years ago, but I have been doing some running repairs and some alterations so now they are self stitched to some extent. I have taken up the hem, sewn some darts in the waistband and fiddled about with the zip after it broke. They still need a new button. And if my new shoes didn't match properly? I wore them anyway!! 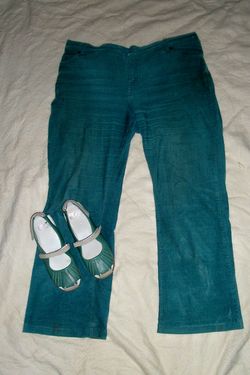 On Sundays when we don't walk, there is a lot of unexpended energy. Peri and Gilly play Chasings, Peri is momentarily stalled here while she stops to pick up the plastic cup under her foot. Gilly is a blur because she is travelling almost at the speed of light!! 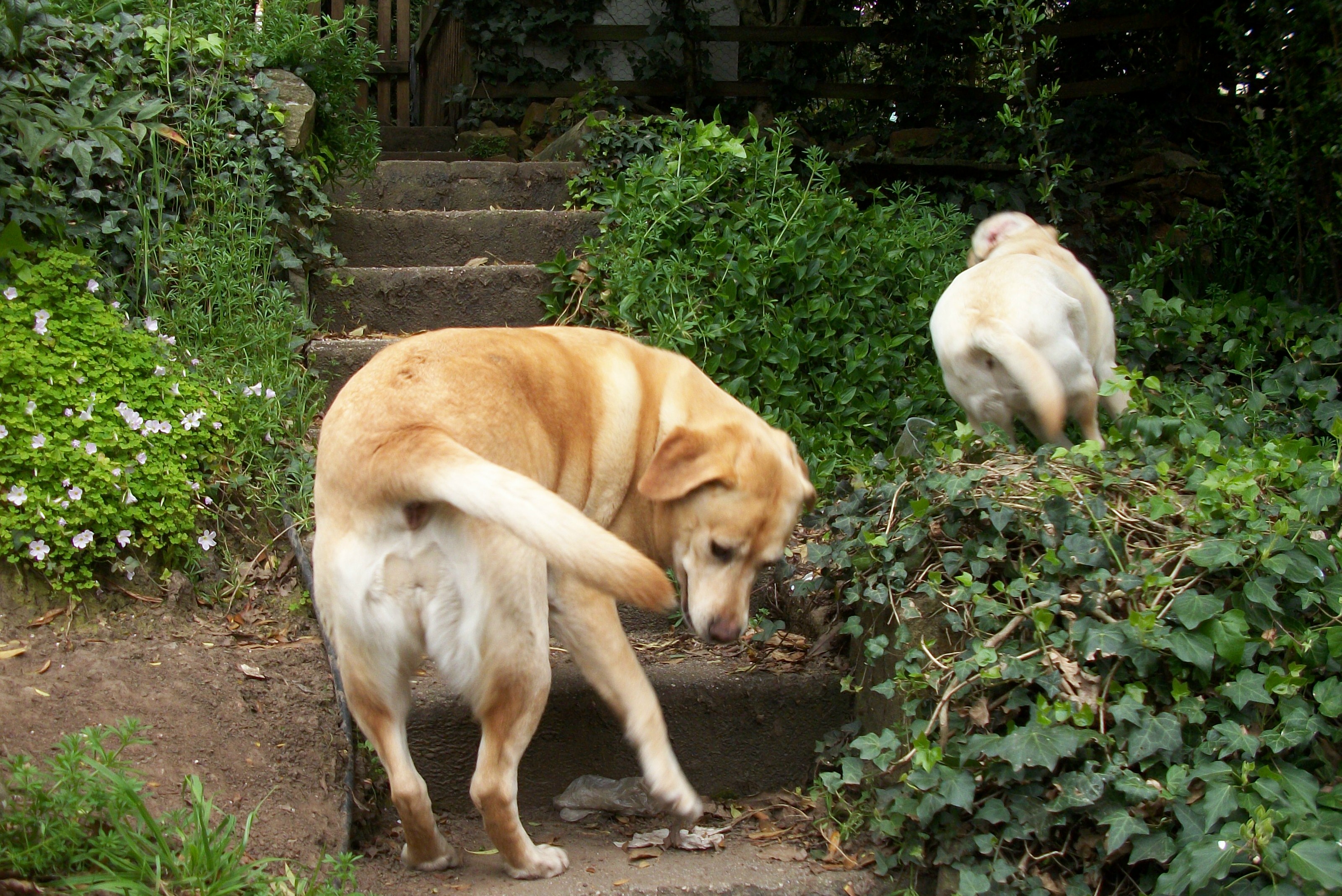 Once up the stairs, Peri triumphantly runs back down with her winning cup. Gilly is so exhausted, I can tell, because she gets lines on her face. I think she's steadying herself for another cup assault. 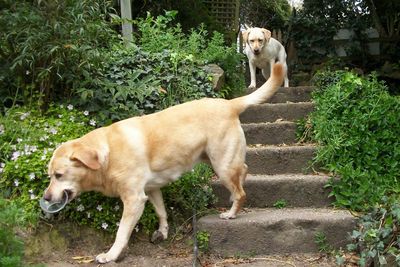 Now we can all retire, Posting Honour Intact.

Posted at 11:46 PM in Self Stitched September, The Labradors | Permalink | Comments (6)

Made it! Great work. When you get this close to the end of the month there really is just a bit more of an imperative to get there isn't there? Good luck for the next few days and I hope you enjoy a break/rest after Thursday.

how great do those shoes look with the pants! its amazing what dogs can find to amuse themselves with. i admire your fortitude on the daily blogging, i refuse to do it to myself but i have greatly enjoyed yours!

loving those shoes btw and you have pushed me to get the sewing machine out. Baby steps.

Well done with your daily blogging!!!

oooh, no top? I hope you didn't go out of the house then!! heh heh.

I think the shoes go very nicely with the trousers.

Oh, I have stretchy cords as well, but in purple (obviously!)