Tails Of The Unexpected

Since last Thursday there has been a lot of focus on tails, mainly Peri's, because she is moulting like all get out. She loves to be brushed and so she's been very happy to have the attention. Lorelai Gilmore doesn't really cast off her hair in the same way, but she has to be brushed as well. It's only fair, she thinks. I can fill a brush with Peri's thick white fur every morning and night. 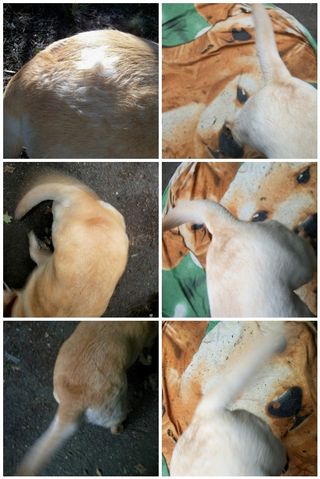 MrsDrWho, MsPurple and I went out for High Tea. While the company was excellent, maybe I had overly high expectations, the high tea wasn't what I expected. The egg and lettuce sandwiches were tasty, but dry on one side where they must have sat uncovered. The smoked salmon roulades were teeny tiny and I think made with bread from the supermarket. The scones were very nice but the jam and cream very ordinary. I think the chocolate mud cakes and chocolate dipped strawberries were nice, I couldn't eat them, but the lemon macaron was not very lemony. There, I am a spoiled brat, and never happy.

Our sewing group met for lunch and I had a very delicious and exciting plate of gravlax, goat's cheese mousse with beetroot puree and watercress. It was so very nice. I could have eaten it twice!! 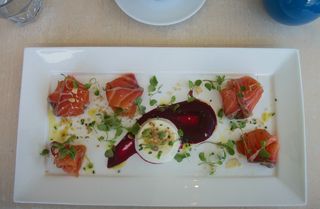 While knitting the Harry Feet sock #2, I accidentally made the leg too long so I had to unravel it. I knitted a face cloth from Sincere Freedom, a very nice cotton. I made another, and perhaps the last for a while, apron. It cost 85 cents plus $1-90 for the lining. What a bargain. 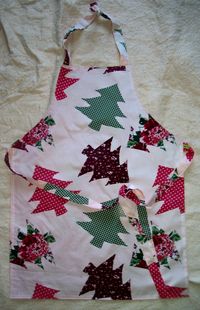 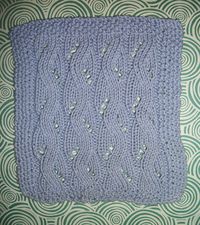 Gilly has been making herself muddy by playing in the paddle pool and then in the dry dirt. I have not growled at her and I am not cross with her, but she never seems very happy to have her photo taken when she's not at her beautiful best. 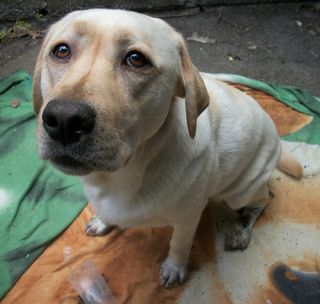 Peri has been sunbathing. We have, I think, only had four really hot days this Summer, so she's taking every ray of sunshine she can get. 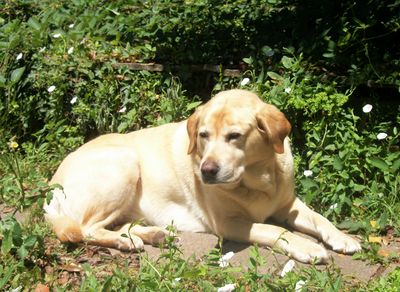 And Gilly is always trying to get all the attention. Again. She's such a baby. 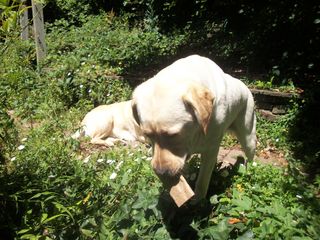 We haven't done anything today. The GardyGardeners are back from holiday so we had Morning Tea, and then I just lounged about all day, feeling restless and unsettled. I tried to have a nap but it just didn't happen.

Instead, I cleaned out my Gmail and Yahoo Inboxes and thought about tidying my desk again. Thought about it.

Then my middle DVR announced it had found new stations, so I scanned for those and added the Standard Definition ones and made a new favourites set.

I thought about when I finish the socks. I have promised myself I will finish the Stargate Cardigan and then I am going to knit a 10ply cardigan. 10ply should knit up really quickly and make me feel I have achieved a whole cardigan in a relatively short time.

I have one more thing to sew for Baby Electric and Uncle and Auntie Dutch, and cards to post.

Writing it down here might make me more accountable to myself. 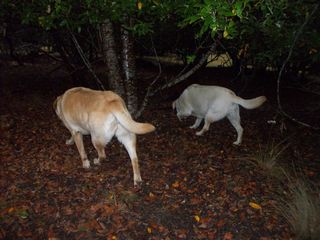 I am sorry your high tea was really only a middling tea, but glad that sewing lunch appeared to make up for it!

I think a 10ply cardigan sounds like a grand plan - it will indeed knit up quickly and will be perfect for later in the year.

Hopefully you get some of the warm weather that is heading our way over the next few days. It would be nice if it felt like Summer :-)

Oh how disappointing for your high tea. Maybe you should have some lovely friends over and make your own! Love the doggy tails too. I have to brush Tess all the time to get out the extra fur and all the prickles. I think I might have to change her name to Velcro as everything seems to stick to her.

there is a lot of moulting going on here too. funny how it just happens one day, all of a sudden. considering how easy it is to do a good high tea, i would have been disappointed too. you should have given them your banana cup cake recipe.

Oh dear, how disappointing to have a sub-par high tea! A friend over here went to high tea not long ago, and also blogged about it being fairly disappointing. The whole country is failing at high tea!

I would still like to do it one day :)

The sewing lunch looks delicious. I know what you mean about high expectations, I went to a cafe for breakfast in one of our snobbiest high end shopping districts. I thought that the demanding clients of this suburb would insist on good quality. Unfortunately it was the worst poached eggs on toast and coffee (not a taxing meal really) that I have ever had!

sucks about the high tea :/ there are supposed to be a few places in Edinburgh that are really good for high tea, but not cheap

awww i love that pic of gilly :D she looks so cute even if she doesn't look happy.

i envy people that can knit patterns like that face cloth. i always end up with big knots when I try to knit :/

i think we could make a mini sky with all the hair she sheds. we brush her, but it doesn't seem to help :/

That is quite a tail/tale!

I don't think you're spoiled, I just think you're used to your wonderful stove and it's amazing cooking skills. Also, sandwiches shouldn't be stale AT ALL. That's just poor form.

Setting yourself (public) goals can go very well because, as you say, it makes you "accountable". But the "edit" button is great for erasing stuff! :D

I don't think you're spoiled at all. Or if you are, it's becuase you set high standards for yourself with your own cooking.

Flattery will get me everywhere, hey?!

Poor Gilly, she does look rather miserable, doesn't she!

I love the sound of the sewing group's lunch, yum ... and I would have been disappointed by the quality (or lack thereof) at the high tea, too - it's not that much harder to do it well, is it?!

I've been tidying and decluttering my computer too, have backed up all my photos, and deleted the 'bad shots' bringing the total from around 12,000 pics to 5,800! Haven't ventured into email land yet, though ...

Thanks for leaving a comment on my blog Cindy. It's been so long since I've blogged I didn't think anyone read it any more so it was a really pleasant surprise to have received your comment. Shame about your high tea but at lease the sewing group lunch one made up for it and I don't think you are apoiled. I think most of us expect top quality food when we go out for a treat I know I do :)

I had to laugh at Gilly's 'sad' photo....she looks so funny LOL

You're such a good girl to be planning on finishing your UFO's. I think it would take me all year if I was to finish mine :D

Love your face cloth & apron. You have been very busy.

I'm so lucky that Daisy has maltese in her. She doesn't moult at all!!

Molting it the word I'm looking for. Denny and Happy do the same, but not just around the tail!!! Both our vacuums are exhausted from all that extra work! The boys don't like to be brushed, and Denny does not want to give up his coat, he'd rather eats it, and is plucking himself.
Love Gilly's photo, and of course Peri in the sunshine, lovely!