As promised, Monte Carlo biscuits. Once again from Sally Wise's Sweet book. The recipe says it makes 20 paired biscuits, I made 16. I made each individual biscuit 3 teaspoons or a UK/USA tablespoon. I used the same method as last week with the Kingston biscuits, but with a big dessert spoon.

I softened the butter and should have heated the egg for 10-15 seconds in the microwave because it was -2*C outside when I was making these and it was hard to get the mixture to cream: it kept getting cold!!

The vanilla filling is generous, but I think the biscuits needed a minute or two more than the recipe said. It is also important to let them rest on the tray for 5 minutes after they come out of the oven. If you try to do anything to them, they are so soft they deform.

They will keep for a week in an airtight container.

Preheat the oven to 150*C and grease and line two trays.

Cream the butter, sugar and golden syrup. It takes about 5 minutes and it will be pale and creamy. Add the egg and beat for a few seconds till combined.

Mix the sifted flour and coconut and then add to the creamed butter mixture. Fold in with a spoon. I then abandoned the spoon and used my hand to make the biscuit dough come together. 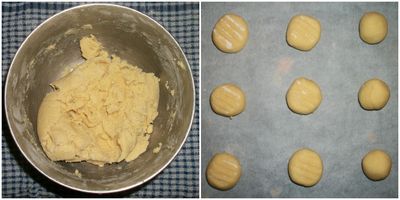 Either by measuring with a spoon or by eye, divide the dough up into portions. Roll into balls and place on the tray. Leave a little room for the biscuits to spread and flatten each one slightly with a fork dipped in flour.

Bake for 15 minutes or until lightly golden in colour. Rest on the tray for 5 minute and then cool on a rack. When cool, pair biscuits of a similar size. 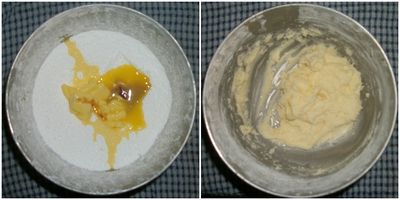 While the biscuits are cooling make the vanilla filling by combining the softened butter, sifted icing sugar and vanilla in a bowl. Mix together and add boiling water a little at a time until the mixture comes together smoothly and will be easy to spread. If it does set a little before you use it all, add a dash more boiling water.

Eat with a cup of tea or coffee, and these are biscuits I can eat but I gave them all to the doctors and nurses at the Animal Medical Centre!! 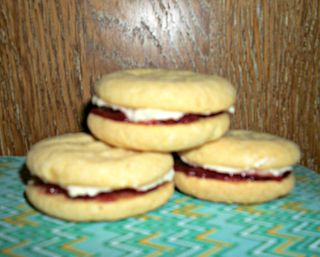 Oh my, they look so heavenly and delicious! I'm suddenly ravenous for one of them.