Home Archives Profile Subscribe
Lucy, You Got Some 'Spleenin' To Do!!!
Friday Food: Monte Carlo Biscuits

The Re-Charge Of The Light Brigade

Huzzah!! You can buy a new mobile charger. It took all of one minute and now my phone is fully charged and I am buying a new power-board to make a permanent charging station. 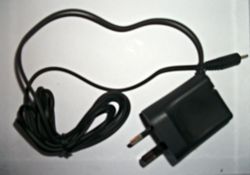 On Monday I took MrsDrWho's kittens to the vet for their vaccinations. You've heard of a cacophony?? I had a catophony in the car. In the driveway. Before I even left. They meowed all the way there and hardly at all on the way back. It's a wobbly video and I have the ABC radio news on too.

Here they are all lined up in their carry cages: from left to right Caramello, Muppin and Cleo.

They were all so well behaved for Doctor Alison. They are not happy cats, more resigned to their fate.

MrsDrWho is on school holidays and so while her car was being serviced we took the opportunity to have a late breakfast (Le petite dejeuner according to the menu) at the French patisserie. I had a hot smoked salmon omelette with baby leeks and capers. It was so good, cooked perfectly. I don't like runny omelettes and this was delicious, with just a tiny wobble. MrsDrWho had the pain perdu with raspberries and lemon curd.

We've had awful windy weather for the last few days. Thankfully not as bad as on The Mainland, but still there was some damage. I wore my beret when we walked. Peri and Gilly had a sixteen minute walk. We all wanted to get out of the wind. 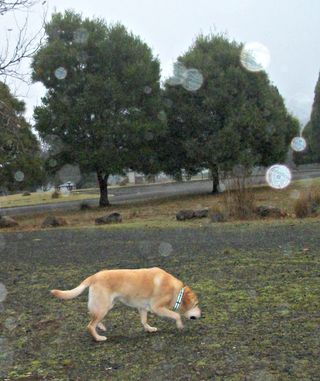 Gilly has been demonstrating her excellent tongue skills. A diced carrot in a bottle keeps her amused for twenty minutes. 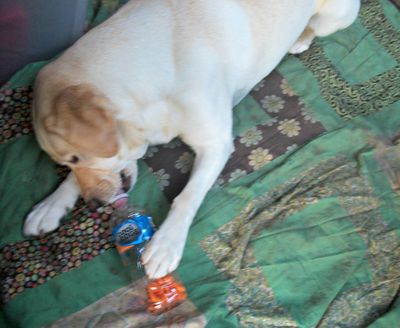 After eight weeks I finally picked my new shoes up from lay-by. They are very comfortable and have no Velcro. I know they have a darker olive green trim*, but the only other green shoes had a Velcro closure and that isn't my favourite kind.

*Induge my fantasy that it's olive green and not brown!! 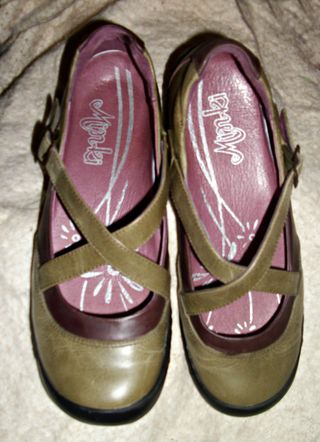 My spleen seems to have recovered at last, thank you very much, from its prodding. I had an appointment at the Holman Clinic to see my specialist today and when I arrived I found the whole kit and caboodle had moved to the fourth floor and we now have a whole ward. This is sad because it means a whole ward of beds has been closed and the nurses have disappeared.

After that I went to see The Transit of Venus. If I was taking my (imaginary) children or a class of thirty-two Grade 5/6s, I would instill in them strongly before we left that it was not appropriate to run madly about, knocking the expensive telescope so that it swings around wildly. If your three children do run about madly and out of control, when the Museum staff come along you can blame some other children for the near accident. My word, either I have unbelievably high standards or some parents need to parent more actively. Anyway, here's Venus, transiting across the Sun as projected from the telescope onto the lid of an A3 paper box, after it was re-focused. We have access to the most modern shadow casting equipment!!! 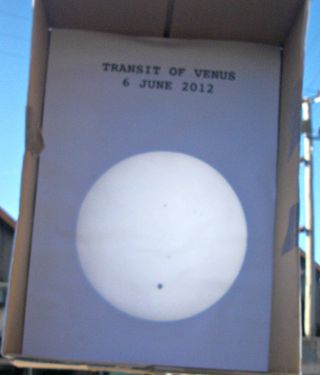 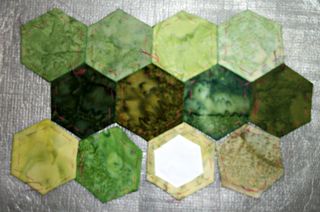 I've chosen six other patterned fabrics to make a hexagon daisy shape this weekend. I really like making the hexagons. It's very soothing and calm. No precision cutting and I printed out very nice hexagons here.

And now Peri is asleep in her chair and Gilly is running in and out the dog door with her squeaky elephant. I try to tell her it's not play time, but she doesn't care!!! She's sad I won't come outside and play too.

I think Monte Carlo biscuits for Friday Food this week.

Oh no, I've succumbed to Miss Lorelai Gilmore's cuteness and I've been outside in the freezing cold throwing the elephant, which sounds like a euphemism for something indelicate: I'm just going outside to throw the elephant. I won't be long....

Love the catophony!! You should have seen Daisy when i played the video.....so funny!!

I really like your shoes. What brand are they...i can't quite make it out in the photo?

I have some hexi's that I've had for years now. My mother originally gave me a bag full ^ I've done more over the years. Totally mismatched fabrics, but it will look great when it's finished one day I think.

Your hexi fabrics are lovely!

I am still gobsmacked by Gilly and the carrot in the bottle! What a clever girl!

I had to laugh out loud, when I read the last paragraph. :o)

We missed Venus, much to my budding astronomers disgust as we had lots of clouds

The wind here was horrid too.

Lol on the kitties.

parent's actually parenting their children? the world might end ;p

Muppin looks a tad worried in its cage o.0 (they look like happy kitties...if not a little round ;) )

You were lucky (despite the rude children and parents). It was too cloudy here to see Venus transiting.
You're a great friend to transport 3 cats to the vet! One is enough for me. Muppin's face is priceless.
'Throw the elephant', kind of like 'see a man about a horse'.

That omelette looks delicious. I love eggs especially scrambled & omelettes. Those shoes look olive green to me. It's quite common now to see kids running around without much supervision & parents act like they are not theirs.

LOL - catophany. Nutmeg wails like that if I put her in the cat carrier (but currently she's 8,000 miles away and I don't have to hear her!).
No transit of Venus for us - it rained! :-(

i agree with you about just a hint of wobble in omelettes. Have you heard Nigella talk about 'just a hint of inner thigh wobble?' I love that image!! It's kind of weird but so apt!