Home Archives Profile Subscribe
All That's Left Of The Dreams I Hold, Is A Band Of Cold.
Cool To Be Kind, Means That I Love You Baby, You've Gotta Be Cool To Be Kind.

It's a loaf made with oil and so it's all just mixed into one bowl. You need green cooking apples and here it's always Granny Smiths. I toasted my pecans while the oven was heating up, they only needed a few minutes and you need to watch them in case they go too far.

I can smell the banana bread cooking as I type this and it smells absolutely wonderful.

The top is brushed with honey, but as MrsDrWho doesn't like honey I missed that step completely. You could use some apricot jam, golden or maple syrup instead. You will need a 20 x 10 x 7cm** loaf tin.

Preheat oven to 180*C. (ETA 160*C fan-forced) Reserve 1/2 cup of the nicest pecan halves and then roughly chop the rest and toast in the heating oven for a few minutes. Be sure to keep an eye on them. Set aside to cool. 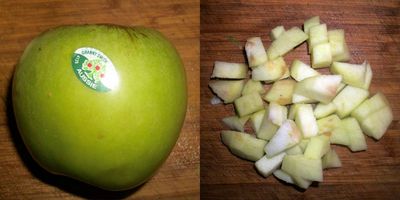 Melt the butter in a pan and then measure out the sugar and put two tbspn (that's 8 tspn) into the pan with the butter and add the chopped apple. Once the butter and sugar melt and bubble, cook for 5 minutes or until the apple is tender and set aside to cool a little.

Sift the flour, baking powder, bicarb soda, cinnamon and salt into a mixing bowl and then stir in the rest of the brown sugar. Make a well in the centre and add the oil, eggs and vanilla and stir gently until just combined. 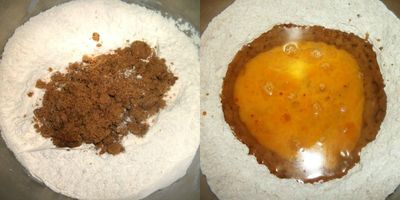 Spoon in the banana, apples and pecans and fold in till just combined. This is made in the same way as muffins with oil: the less stirring the better.

Grease and line a loaf tin. Scoop the mixture in and smooth the top. Arrange the 1/2 cup pecans on top and then bake for 1 1/4 hours. 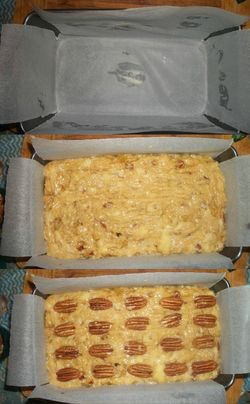 I always turn the tin around half way through even though the oven is fan-forced. Half way through I turned the temperature down to 160*C and it was cooked after 1 hour and 5 minutes. The oven was too hot, because the banana bread has risen too sharply and cracked. I've made a note of this at the beginning of the recipe method. 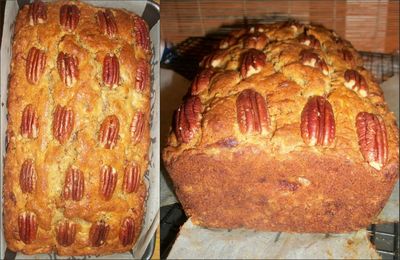 Cool in the tin for 20 minutes and then turn out onto a rack to cool completely. In a warmer climate you need to keep the banana bread in the fridge and it really only lasts for 3 or 4 days either way. 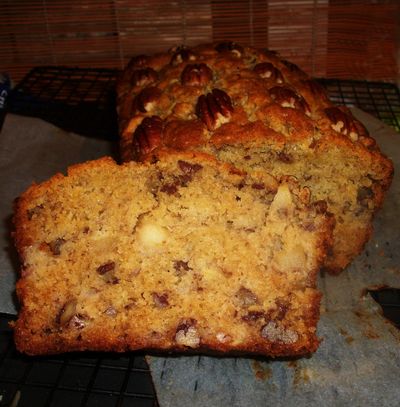 That does look like a great recipe. I'll try that one out on the kids. The honey is an interesting addition. I've not used honey to top a cake before.