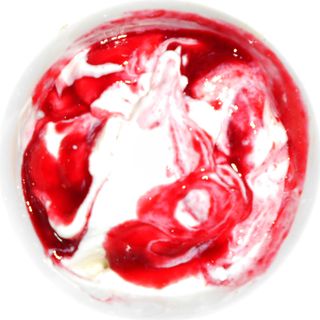 Starting the year off as I mean to go on: Friday Food on Saturday!!

Plums were only $3 a kilo and there were plum recipes in my new Taste Magazine: a marriage made in the kitchen. I made a kind of version of the swirly sauce, and then used it in three yummy ways. How very MasterChef of me.

You could use any stone fruit, I think cherries would be fabulous, or peaches. I used frozen raspberries and they worked perfectly well.

My recipe makes a cup of the sauce. In deference to the recipe I did push the sauce through a sieve. Normally I don't care about the pips. I revel in the pips.

Such an easy recipe and it could only, possibly, be improved with a slosh of something alcoholic. Oh, or it could be the basis of a sparkling cocktail. I wish I had thought of that earlier.

Roughly chop the plums. I cut around the stones as they were not easy to remove. Put the plums and sugar into a saucepan over a low-medium heat.

Bring to the boil, then turn down to a simmer and stir every now and then for 10 minutes, or until the plums have pretty much broken down. Add the raspberries. 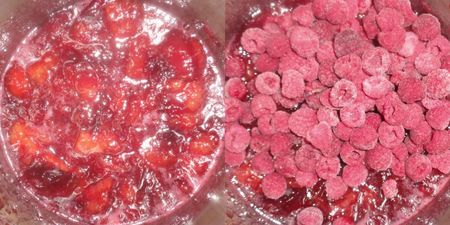 Bring back to a simmer and stir for 3 more minutes or until the raspberries have broken down and become saucy. Now is the time to taste the sacue and add more sugar if you wish. It will dissolve quickly in the hot mixture. Cool until it's safe to handle, and then press through a sieve with a spoon. I ended up with only a couple of tablespoons of seeds and a whole cup of sauce.

At this point, you can put the sauce in an airtight container and it will keep for a week in the fridge, or longer in the freezer. I have kept some aside for later on.

I swirled some of the rest through Greek yoghurt. 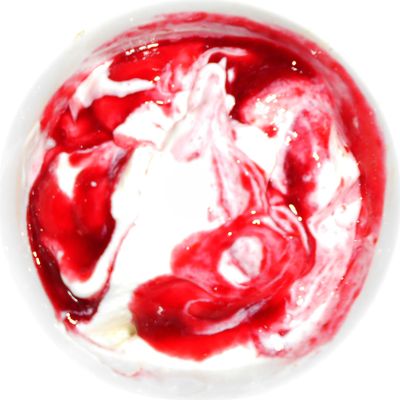 I baked cupcakes and swirled the sauce through the batter and topped them with tiny plum slices as well. 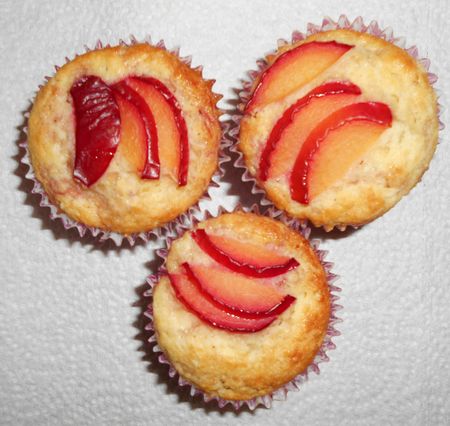 You can see the gentle swirl through the cake. It is lighter when it bakes. 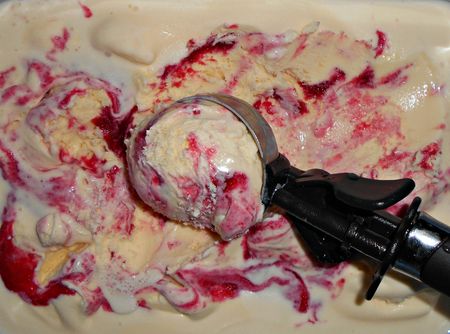 I feel I have made very good use of my plum and raspberry sauce. I have more plums. And raspberries. I foresee more swirly sauce in my future!!!

This looks so refreshing! Good flavor pairing on your part. Will try this soon. Sweet or Savory Saturdays have started on good footing. By the way Savory is the Herb of the Year! Mangia, mangia.

That looks so delicious, in all the ways that you have used it!

Looks very pretty and very delicious ! Well done chef :) ps did the girls get a lick ? ;)

This sauce sounds delish, and you certainly put it to good use.