There was no Friday Food yesterday, not because I was unwell, but because I could not buy a zester. I really needed one. I went to the supermarket and to one posh kitcheny shop and neither had one. And I was having afternoon tea with The GardyGardeners, and they wait for no man, or woman!! Actually they do, but by then I was running late.

Uncle Dutch's birthday is coming up and as he is a dab hand at cooking I thought I would make him some extracts for flavouring his baking. There are lots of tutorials on The Pinterest, so I read through a few and they were pretty much of a muchness. A few people added sugar to their extracts, but I decided not to.

I had vodka that is over 25 years old and is still perfectly fine, and I had flavourings and that is all you need. Oh and some bottles or little jars. I sterilised the bottles and it only took about 15 minutes and I feel happier doing that.

You can flavour the vodka and make an extract using berries, nuts, citrus zest, vanilla pods, spices like cinnamon sticks or herbs like mint, coconut or even coffee. There are no fixed amounts really, I went with 1/2 a cup of vodka or whatever covered the flavour base. I did briefly wash the citrus fruit in some boiling water, just to clean it first.

The extracts must steep in a cool dark place for at least 4-6 weeks, and should be shaken every day or two. You can strain out the flavourings and decant into a new container, and then add a little more fresh flavour and you are ready to go again. Of course, taste the extract to see if it is the strength you desire. 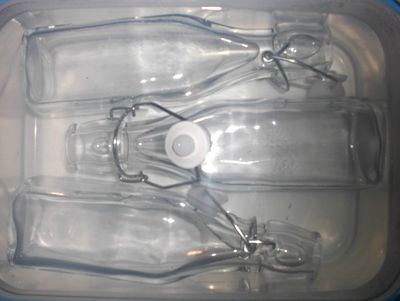 Preheat your oven to 120*C-ish. To sterilise your bottles or jars, wash them well and then rinse in some boiling water. I made sure the water went inside the bottle. 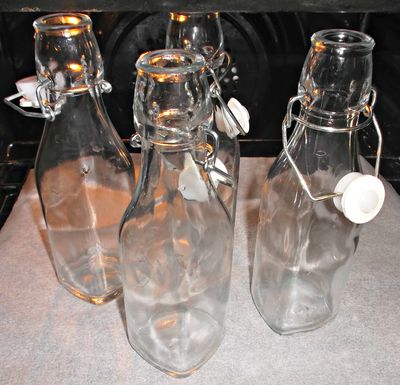 Carefully tip out any excess water and place upright on a tray in the oven and heat for 10 minutes. Remove and cool. 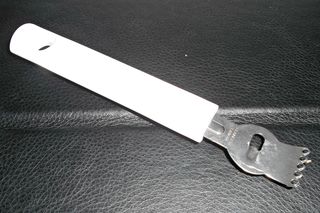 Oh, here's the zester I bought. It was only $6. I could have used my microplane grater or just cut off the skin in strips and removed the pith, but I wanted zesty ribbons. 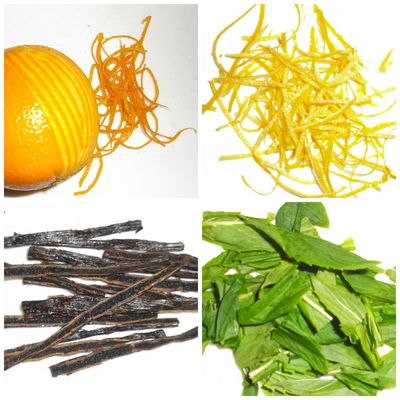 Prepare your flavours. I zested the orange and lemon. I cut the vanilla pods in half and then split them so the seeds were exposed, and I tore the mint leaves. 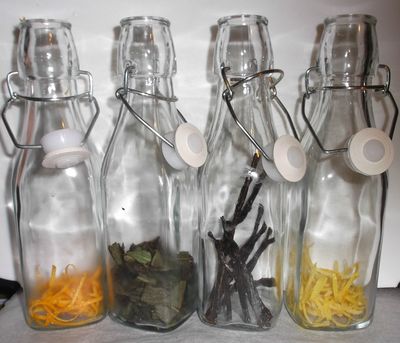 The bottle had narrow bottle neck openings and so I poked the flavouring in, a jar would have been easier!! Then just pour in the vodka, enough to cover or fill as much of the jar as you like. Really I would have liked smaller, cuter bottles, but there were none to be had. 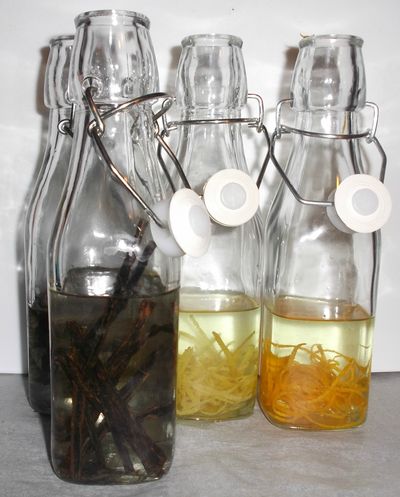 Then I just closed the bottle tops securely and the extracts were ready to go. 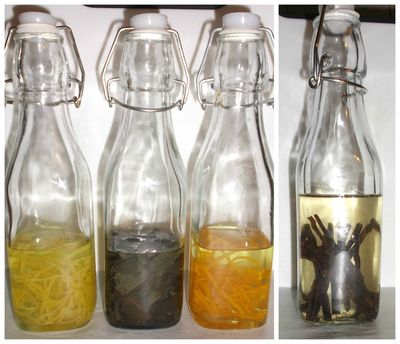 And now store in a cool dark place. I put mine in the top of the dresser in the dining room. I should dust more, No, I shouldn't. Really, who cares if it's a little dusty in the dresser. I do not. Dusting is not high on my list of priorities. 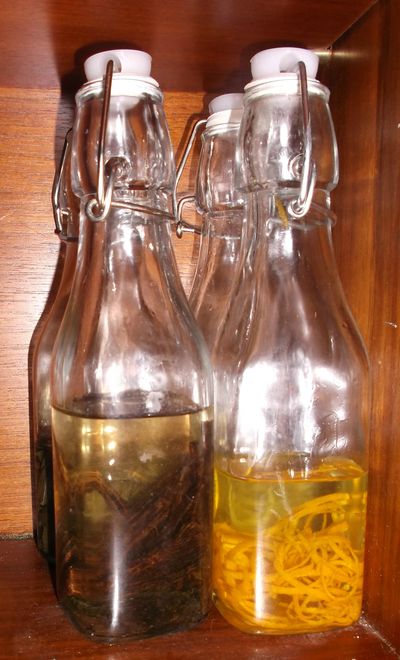 Give the bottles a shake every day or so and taste a few drops to see if you think they are ready for you after a month. I'm going to add some labels before I gift these.

Lovely colours and a great idea. My brother uses a lot of dry rubs as marinades so one year I made up a batch of them. Base ingredient was usually salt and other flavours added. He is very organised. Does his shopping on a Friday morning, comes home, unpacks and sorts his meat purchases. All go into lidded pyrex containers and have marinades done then and there.

What a great idea!

What a great present!

What a nice gift.