Well I was right. I was sick, quite sick and I am still taking giant antibiotics and feeling poorly: but better. This year I haven't been acutely ill with the proper flu or some other such thing, but I seem to have been constantly unwell: With things that are not specifically related to my bone marrow, but probably caused by it.

I have been out to visit MrsDrWho because I am not contagious and I might as well be entertained at her house with scintillating conversation (on her part, not mine) and feeling yucky, as be at home feeling yucky and not diverted. 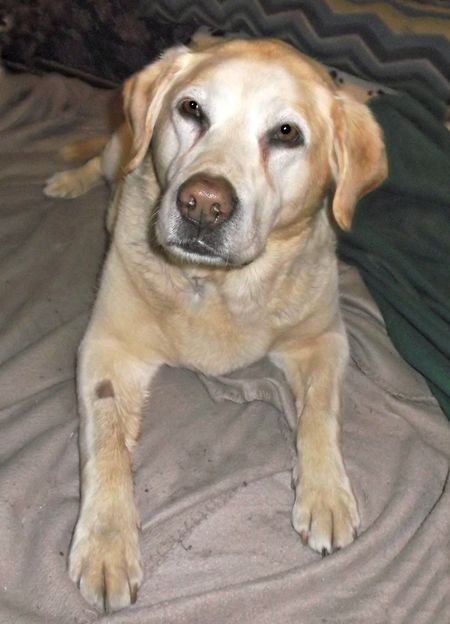 Peri went to the vet for her check up after the last visit. Dr Gary was very pleased her bloods were good and he prescribed double strength Tramadol for her to take every night. I have to watch that she doesn't drive or operate machinery!! The tablets are 'human' tablets and they do make rather drowsy, but that's good for the night time. The little patch where they shaved her fur for a blood test hasn't properly grown back yet. 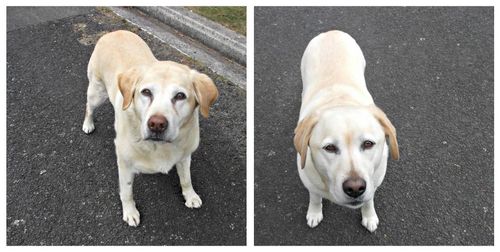 We still went for a walk, and I had to eat semi-properly because the giant antibiotics have to be taken after food. Other than that we have been asleep, or I have been doing foolish things like carrying heavy magazine piles up to the recycling bin and hurting my side. I bought Gilly two new toys, but she only plays with them for a few minutes and then loses interest. She would rather woof at the cat next door.

I did ask my neighbour to help to pin and fit my bodice toile. I am so happy to have something that fits even half way well. I ended up making a second adjusted pattern because by the time I fiddled about with the first one in my ill state, it bore no likeness to what I started with. 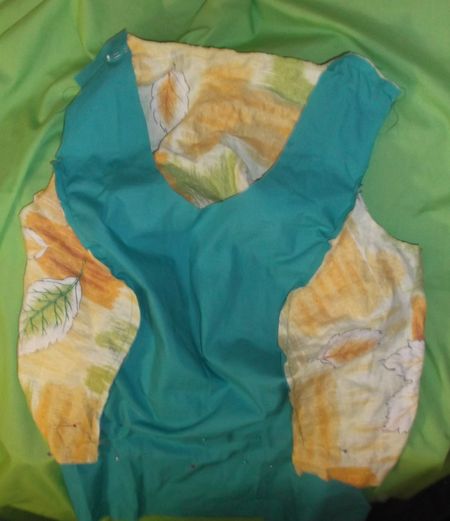 Now I just have to transfer the changes to the paper pattern and Bob's your uncle. I had planned to do it today, but I accidentally went back to sleep until 3pm. I have decided to make a box pleated skirt, like this one, and so the same with my material MrsDrWho brought back from Hawaii, with the green spot as a border as I only have 2 yards. 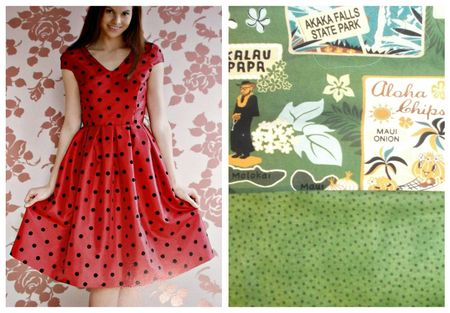 I think Friday food will be OK for tomorrow because I took some photos a few weeks ago of something tasty. It just needs to be assembled. Now if I can just be well for a little while.....

I hate the giant antibiotics, even with food they make me feel ill :/

stop doing things you shouldn't!! ;) take the magazines one at a time if you have to :)

that is a very pretty dress to make and nice green fabric for it :)

glad to read that Peri's bloods were good :)

hopefully you are feeling better soon!

So sorry that you are still feeling unwell! I hope those antibiotics kick the nasties for your right quickly!
That dress is going to be very cute on you - looking forward to seeing it!

So sorry you are feeling unwell cindy, but glad that peri is doing OK.

I love the fabrics you have chosen to make the box play dress. Can't wait to see it finished!

I'm sorry you are feeling poorly. Hoe you will be better soon.

The dress looks great,can't wait to see it finished.

Sorry to hear that you have been unwell - hopefully things will turn around soon. Good news about Peri.

Wishing you (and Peri) much wellness. Giant antibiotics are the worst, I hate taking them! And double strength tramadol, poor Peri, she must be in a lot of pain. Good plan with the distractions - if you need more i finally posted on my blog!

I hope you are over the worst of feeling poorly.
Peri is looking so sweet!
I'm looking forward to seeing the finished green dress too such cute fabrics.