Our walks at the dam are being interrupted and curtailed as The Hydro replace three giant valves at the base of the dam wall. We always thought the swooshy curve was an Art Deco feature, turns out it is just higher to accommodate the valves!! Only one valve is working so they have to carve out and build a temporary road on the other side of the Gorge, and amidst the water that flows out the base of the dam. 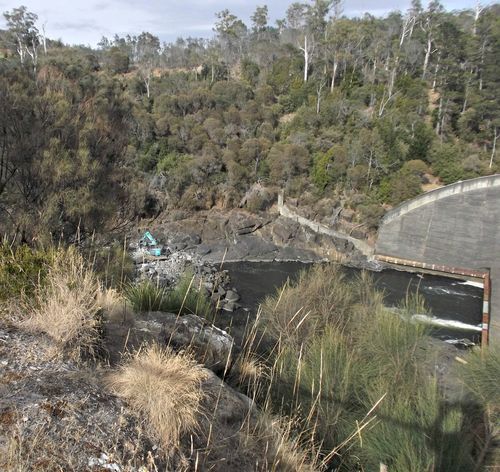 There are two big blue machines, one is like a giant jack hammer and breaks up the rock, and the other is multi-purpose and builds the road. On the right side, in the centre, you can just see that only one valve works. The dam picnic area is cordoned off with bunting. Gilly does not let that stand in her way. I hasten to add that is is very safe, and I would not let her go anywhere dangerous. The best smells are across the divide, and it is also a good spot to check to see if Rafa is coming: he is!! We went to see if Gilly would like a swim instead of just a dip in the paddle pool. She would not. At all.

I sewed a zippy pencil case for my mum. She, like me, keeps a pen, lip balm, spare keys and other bits and bobs in a little bag and transfers it from handbag to handbag, I especially love the ends of the zip, where it doesn't pull and drag down. It makes me very satisfied. 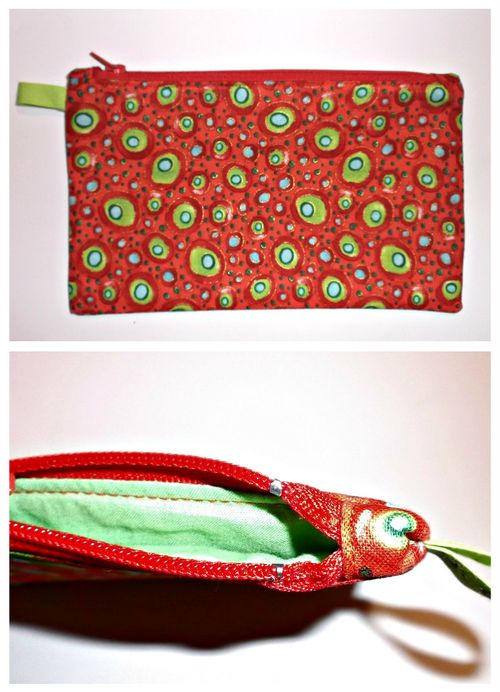 I also sewed a zippy chip bag, covered with vinyl, for our Knitting Christmas tonight. Well is is a zippy popcorn bag. Still, I did the same nice zipper ends too. 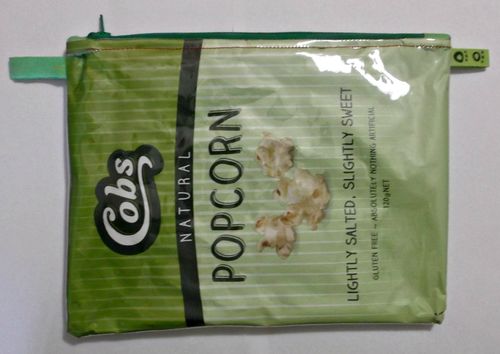 We shared a delicious selection of dishes at the restaurant and conducted our annual Secret Santa. Onyi has been away on a long holiday and gave us all some special Christmas Easter Eggs from South America. She remembered I can't have chocolate proper, and so mine are white chocolate and all of them are filled with dulce de leche. I have signed up for the free Lucy Neatby Sock Knitalong on The Craftsy. I am making the first pair of socks, but not smocked. I did try the pattern, but the wool looks so much better smooth. I have learned a new cast on trick, an easy way to Slip Purl for the heel flap and I am about to learn a new heel turn. Old dog: new tricks!!! My Unsmocked Sock is looking good. When the weather is hot, socks are the only knitted things I can bear to make. 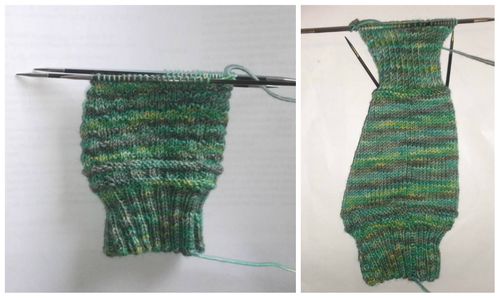 It has been hot, not unbearably so, but hot enough. We like to stand under the sprinkler and lie beside the cool breeze coming in the window. It's going to be a high of 34*C and a low of 28*C during the day over the next week. I see A Lot of ice in our future.

Yesterday we had what is most likely our last Morning Tea with The GardyGardeners. I don't know how to tell Gilly that they won't be coming on Wednesdays any more.  She waits impatiently at the gate at 8am, every Wednesday, for a special pat. Things change, life moves on. We're quite sad, but glad The GardyGardeners are moving closer to their son, to a more appropriate house and a much smaller garden. So long, and thanks for all the gardening.......

such neat zippers on your cases- I can do a quite acceptable zipper application with skirts, dresses, and pants, but when I even approach a zipper for a bag I lose all ability ... consequently the ends of the bag always look rather like the toes of Persian slippers!

all good wishes from Texas-
Barb

Its 1C at the moment lol

love the little paw print tags on the bags :D

I don't crochet in the summer, too hot

Gilly is an adventurer, except for the swimming thing!
Great minds think alike re: the transferable necessaries bag. So much easier than having to move everything from one purse to another.
Oh, it’s sad when friends move away.

So sorry your friends are moving. Change is the one constant in our world these days. Love your projects in the New Year. Stay cool.

I love the zipper ends! where can I find instructions for that?

Poor GIlly with no Gardy Gardeners! :(

hello gilly its dennis the vizsla dog hay i do not blaym yoo wun bit for gitting owt of that water i meen hoo nos wot mite be in their??? fish or frogs or kreetchers frum the blak lagoon ar the top three posibiliteez and all ar best avoyded if yoo ask me!!! ok bye