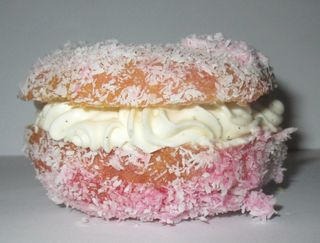 I saw these doughnuts in a magazine in the supermarket queue. When I came home I downloaded the Woman's Day magazine using the Zinio for Libraries app and voila!! There's also a Wagon Wheel tart and I might make that too. On the whole, four out of five people gave these the thumbs up: I was the dissenter. I like jelly lamingtons because the jelly has soaked into the cake and it is jelly-y and moist. The jelly didn't soak into the doughnuts enough for my liking, it seemed to set in clumps on the outside. The other four people loved them and they do look so pretty.

If I make these again, and I shall, I will poke the doughnuts all over with a skewer, and let them sit in the jelly on the bench, rather than in the fridge. I think I would use two packets of jelly as well, for optimum jellying. I used raspberry jelly, but you can use any flavour you like.

They don't keep very long, and even in an airtight container I think they need to be used the next day. I was able to buy both cinnamon and sugar doughnuts and I liked the sugar ones best. The cinnamon seemed to interfere with the jelly flavour.

NB  Rather sensibly, and Australian tablespoon is 20ml, or 4 teaspoons.

Make up the jelly, stirring in the cup of boiling water until the crystals are completely dissolved. Add the cup of cold water, pour into a shallow tray and refrigerate for 2 hours. It will be half set. 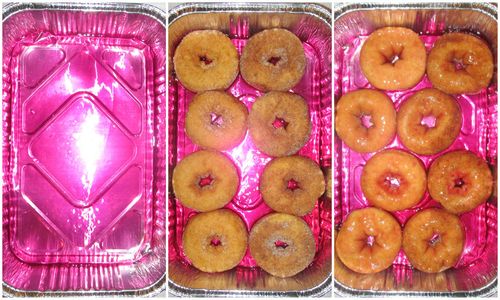 Place the doughnuts into the jelly, turning them a few times. Place back in the fridge to chill for a further hour, turning two or three times more. 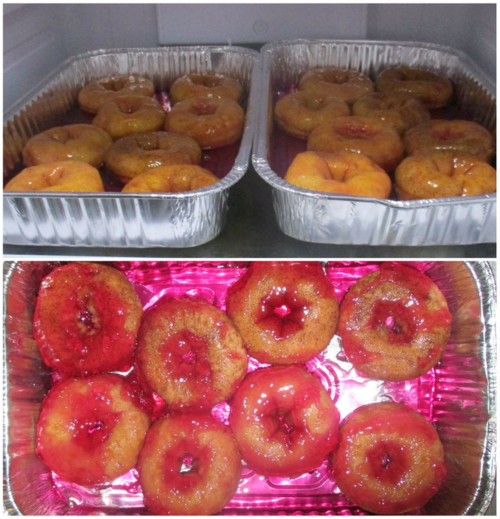 Pour the coconut into a tray. Shake any excess jelly from the doughnuts and then roll them gently in the coconut. Don't forget the sides. Refrigerate for 30 minutes so the coconut sticks to the jelly properly.

Whip the cream, icing sugar and vanilla to stiff peaks. Spoon the cream into a piping bag with a large star tip, or just a ziplock bag with the corner snipped off. 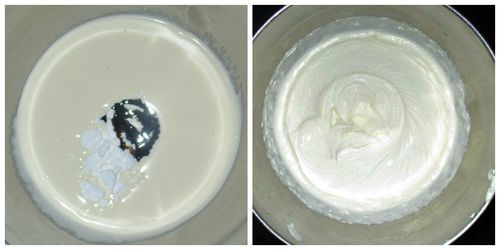 Use a serrated knife to cut the doughnuts in half and pipe the cream in a swirly pattern.

Pop the tops back on and they are ready to be eaten. And they look so cute!! 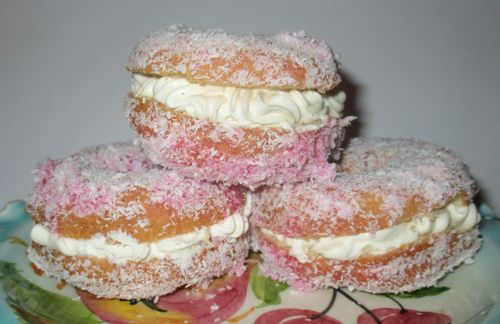 They do look so nice. I love lamingtons with the rasberry jam too.

This is an interesting idea - I have not seen these before.