In between the snow and rain and wind, we have had some sunny days, and there is nothing a Labrador enjoys more (well, apart from eating and walks) than lying in the sun soaking up the Winter warmth. 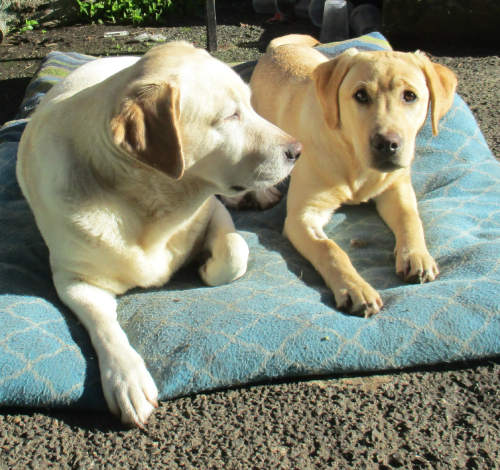 All went well when Hedy went to the Vet to have her stitches removed. We went straight into a consulting room as there was a very barky unhappy-to-be-there dog in the Waiting Room. The nurse whisked Hedy out to the surgery and Gilly waited for her. Waited and waited, even though it was only five minutes. She was quite worried. 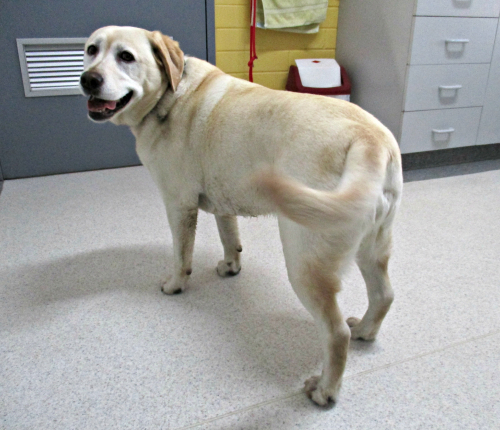 Hedy cared not one jot, she was ready to run and play again. 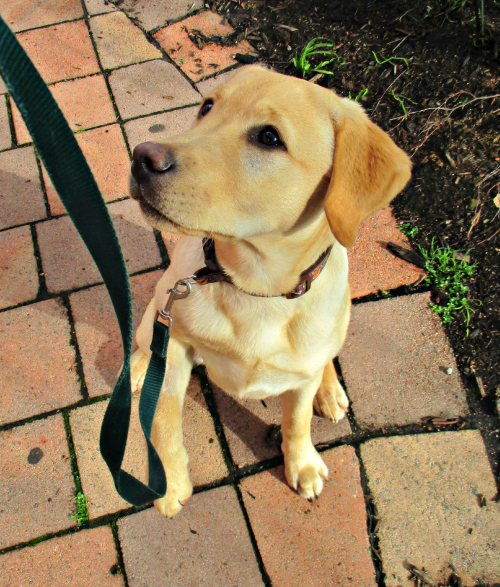 Instead of being like an angry giant parrot on the end of a stick, Hedy was allowed to run free at last. I am not sure Gilly was so happy, she liked being Boss of the Walk. You can just see Gilly, being Boss of the Walk, far away up the hill. She was rather naughty to run up there, but since Hedy was on the lead, she took the opportunity when it arose. 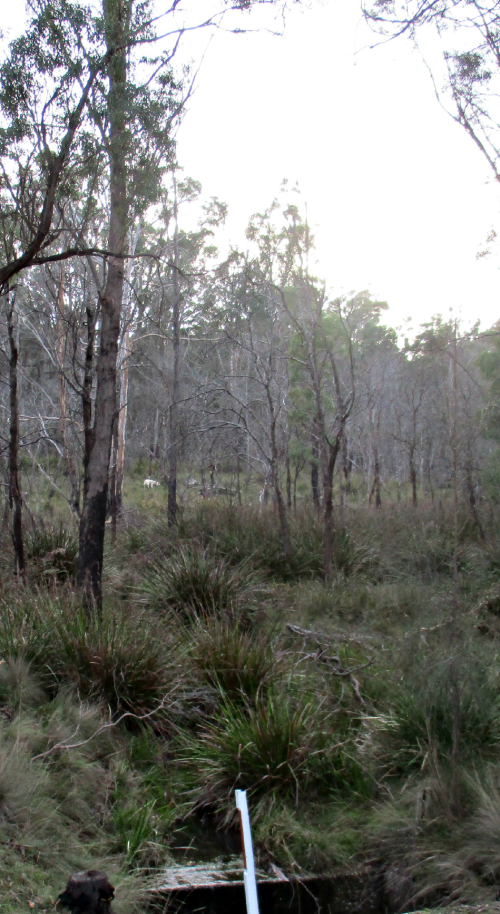 Now things are back to normal, with Hedy Lamarr at Lorelai Gilmore's heels.

We all went to bed yesterday and most of today as I had a migraine. The DVR in the lounge-room has decided not to Timer Record any more, so I had to use the others. I have two old DVD recorders that can only tune in SD stations. The remote control may have been on the bed so I could turn the news on. Late this morning I was awakened by a strange noise..... 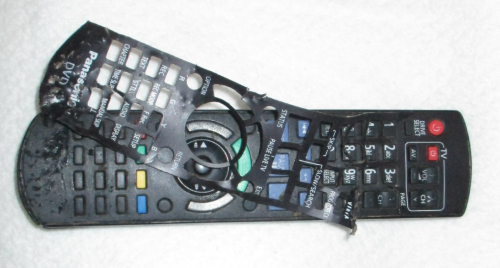 Oh dear, this is Hedy's first official Naughty Thing. Gilly was shocked, shocked and horrified. It can not be all Hedy's fault as she had access to the remote. It still works, but intermittently. What good luck it is the remote for the DVR that is broken. Household appliances know when your Tax Return is expected. They know. So far we need a new DVR, a new Rice Cooker and a new mixer. The Rice Cooker costs less than $20 and works very hard almost every day, so I am not so bothered by that.

I am knitting WeeJock&Bessie's Mum a hat in some soft and luxurious Debbie Bliss Andes: mulberry silk and alpaca. I have only made the ribbing, twisted ribbing, thus far and I need to buy some more short 4.5mm ends to do the actual hat. This will be the not so slouchy version. 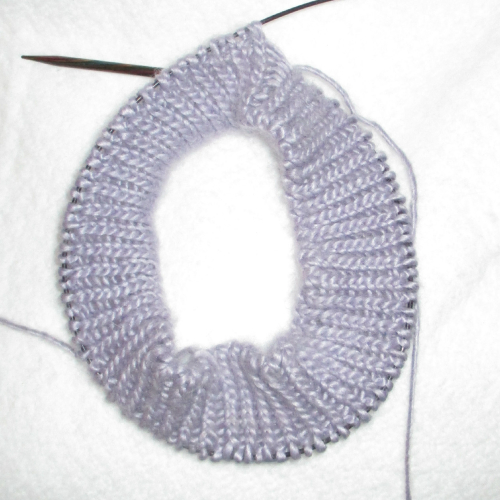 I am also sewing a Star Spangled Jacket. Here is a tip: always cut sequinned fabric out on a sheet or some other protective covering. Ask me how I know. There are sequins from dawn till dusk all over the house. The jacket doesn't have a full lining, and the spangled fabric is not solid, so I needed to make my brain work extra hard to figure out how to work the full lining and facings. I am almost to the putting it all together stage. When you are about to take a photo and you say "Wait" to The Labradors, this is what happens: Gilly waits patiently and Hedy just rolls on into the picture. 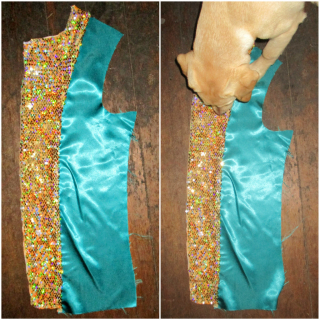 Our Sewing night has changed this term, so I have to be organised and sew this fortnight's block and bake some cakes for tomorrow night. I am thinking of baking the Cherry Ripe cupcakes from this month's Taste magazine. I bought some fresh cherries to tizzy them up. I am not sure about the overflowing chocolate ganache. Sure, it looks great, but it is not very eater friendly. 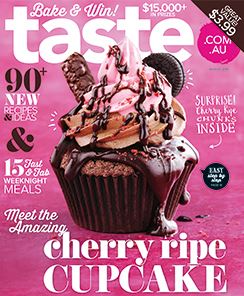 Heady looks quite unfazed by her visit to the vets. I love the colour of that hat and those cupcakes will be fab :)

Yes I do think my car knows when it is tax time too. I had to get it fixed 4 weeks ago, and then my daughter changed schools so I had to buy a new uniform for her which was $330.00. Next up will be some more school fees and then more car fixes. Isnt it nice to have some sunshine during winter. We have had some cold days and nights but no snow like you have had. I sometimes wish we were higher up to get snow but if we drive 40 minutes away we could go and see it. I hope Hedy has learnt her lesson about chewing up the remote controls.

yeah pretty cupcake but looks like you need a fork to eat it tho :p

Hooray for Hedy, bouncing back from her surgery, and into remote control trouble!
Those cupcakes do look a bit over the top!

Wow, lots has been happening at your place! Power outages are so inconvenient. It is times like those that I wish I had gas hot water and stove top so at least I could still have a shower and some warm food but alas I do not, and obviously neither do you!!
Hedy is such a good girl about her stitches and vet visits! Not so much of a good girl with the remote though!!