We have been living in interesting times at our house: so many social outings for the holidays and with overseas visitors, an operation for Hedy Lamarr, our land-line has not been working for almost a fortnight, there were terrible storms and our power was off for two days. There has been a little bit of teetering on the edge, but I think we are finally seeing the light at the end of the tunnel.

The Labradors went to visit at MrsDrWho's house and met The Overseas Visitors. Much hilarity ensued. 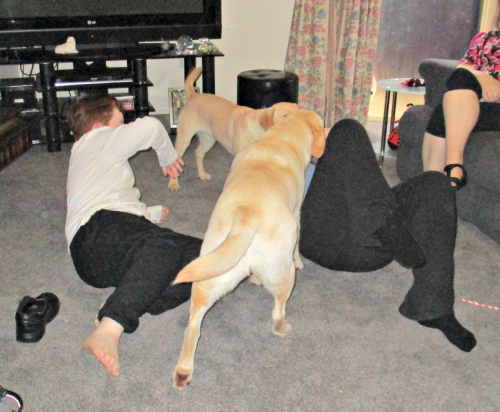 Hedy Lamarr went to be de-sexed. We had been practising all the important things like having your ears, eyes and teeth checked, having a pretend injection and a new addition- having your leg shaved. Gilly and I dropped Hedy off at 7-45am. 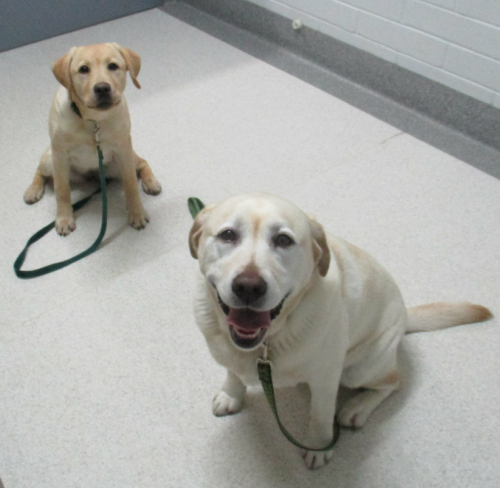 Gilly and I went for a walk together, 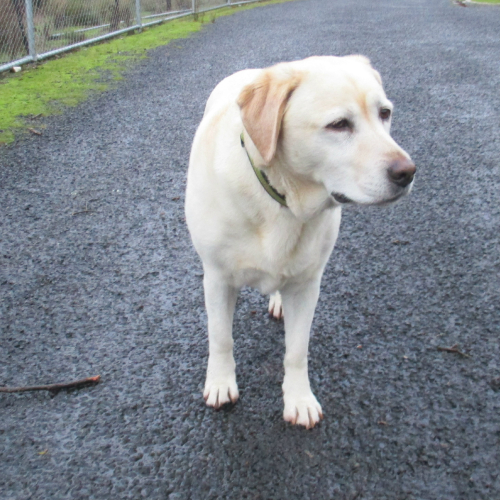 and then we had hardly been home at all before the power went off. A tree had fallen on the power lines and in our street the house next door had power, the next three didn't and then the house on the corner did. Our houses very weirdly wired here, the suburb is old and houses were built and connected willy-nilly. This is not the tree that fell on our power lines, just one of the many that blew over in town. Towns were flooded, roofs blown off and almost 20,000 people were without power at one point. It has been a very bad year for wild weather. 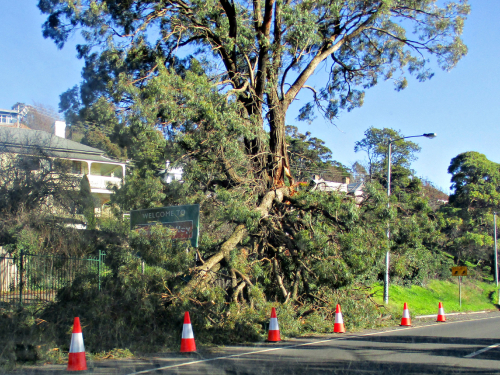 Hedy was well enough to come home at 1pm and then we bunkered down, waiting for the power to be reconnected. 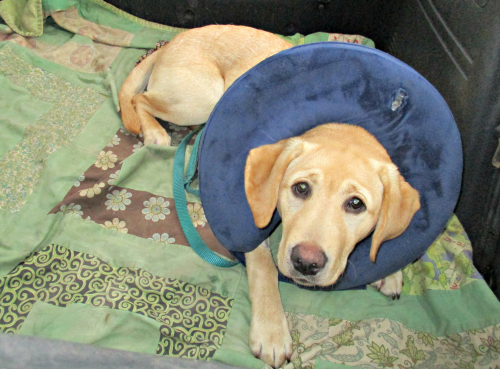 The land-line doesn't work in a power outage anyway, so were were home along together with no way to communicate with the outside world!! The Hydro rang the neighbours later in the evening to say the power was not going to be fixed and then MrsDrWho brought a thermos of hot sweet tea and more thermoses for the hot water bottle and some hot food. 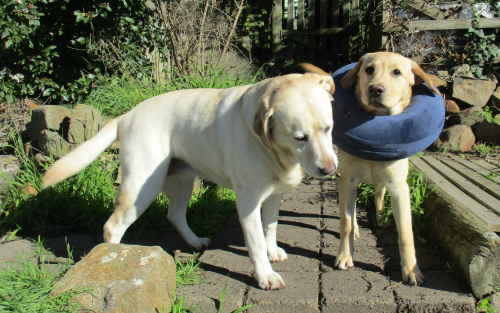 The power was finally restored late the next night, and oh how I appreciated a hot shower and a cup of tea whenever I wanted one. And the internet. I still need to organise for the land-line to be fixed. The phone company just tells you to ring them about the fault, and of course I have no phone, so I can't. I did email, but they are just hopeless. 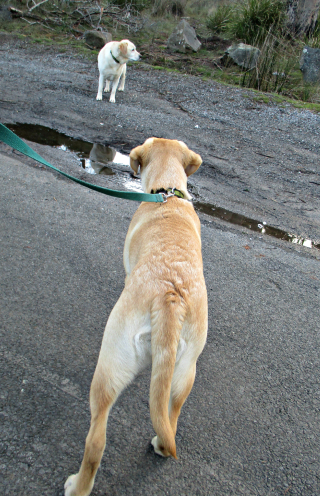 Hedy is allowed to go for a walk on her lead with Gilly. The entire time she barks, crossly and loudly. She is Not Happy At All to be restrained. As soon as Gilly is on the lead, Hedy is as good as gold and as quiet as a mouse. Hedy has recovered incredibly fast and is in total denial that she had an operation at all. She wears her cloud collar when I go out, but otherwise she doesn't seem too interested in her stitches, which come out at the end of the week. She now has smaller cloud collar #2 as she somehow punctured larger cloud collar #1 and pulled it off. 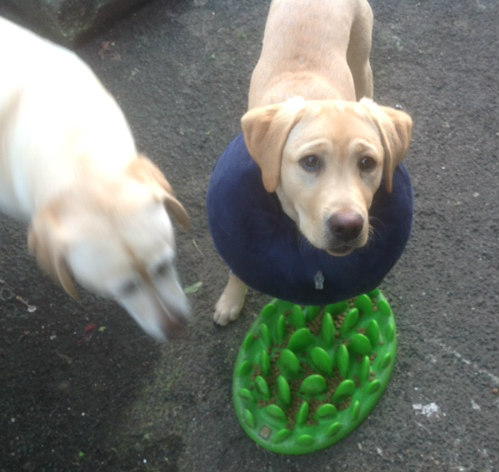 I have caught up on lots of reading. We were slightly prepared for the power outage with a torch and radio and spare batteries. I read by hanging the torch from the lamp that wasn't working. Unfortunately, the emergency services urged people to check websites and online for all the relevant road closures, snow falls and power outages and we don't have a smart phone so we were in the dark: metaphorically and literally!! We could have decamped to someone else's house but with Hedy only just having had her operation, I decided she was better at home in the place she knew, safe and sound with Gilly.

I haven't done any knitting or proper sewing. I made a toile for the Gold Star Spangled Jacket, and I finished The Extermin9 Hat for Uncle Dutch's birthday. This time I used the most up-to-date iteration of the pattern and so all the slipped stitches lined up. I like the variegated red colour too. 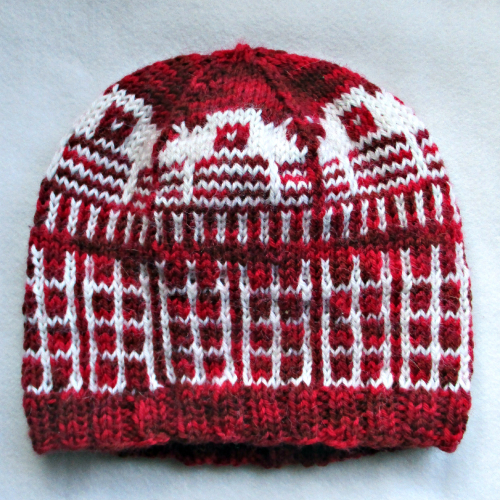 I have done an awful lot of sleeping, all day and all night. When things are difficult, sleep is a great refuge. And so to bed again, even though we didn't officially get up until 1pm this afternoon.

Nice to know you have survival skills! So sorry you had to implement them. Love the red hat, very adorable. Stay warm and dry.

i have to shake my head when companies say phone them to find out any info but the phone line is the problem or you cant get online. Not everyone has a smart phone like people think they do.

glad Hedy is doing good (even if she looks very sad in that photo) and love the red hat :D

You had a longer power outage than at our place. It went off here, came back on and we had hot drinks, washed some clothes etc then it went out again. I had to get up very early in the dark to take my daughter to the airport. And i learnt I cant knit by candlelight, but beanies, blankets and card games go a long way to pass the time.
Hope you are all nice and cozy warm and dry now.

It has all been happening at your place. I love Uncle Dutch's hat.

Sorry to hear about the storm. Hopefully that is all being sorted. Hedy is a good girl to come through her op well and I did laugh at the cabbage !