If It's Tuesday, This Must Be Bedtime

The football finals came and went. This was Hedy's first footy party next door and she was not impressed: too noisy and too many new people. Gilly went to the part a few times but there was no barbecue and so no real incentive to stay. It was underdogs winning all round in the finals. 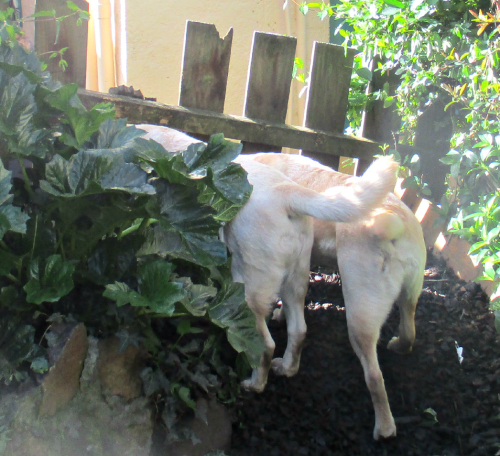 This week I ate somewhere nice: twice. I spent most of the rest of the week sleeping, or lying on my side on the couch watching Fringe from the start all over again. The weather has been typically vernal, with heavy rain interspersed with warm sunshine. Today after our walk we went to bed and I didn't wake up until 5-09pm. The sound of rain on a corrugated iron roof is very soothing, except if it results in floods and we have had floods again in the north and south. The Hydro lowered the dam in expectation of the heavy rain. Even so the dam has been overflowing all week. 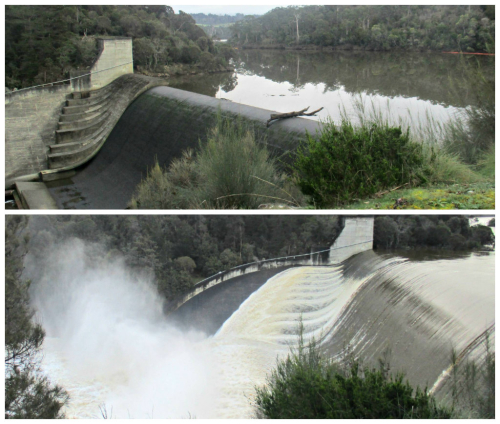 I made some teeny tiny Baby Kiwi socks with the wool left over from my socks. I wound wool on, checking the repeats, and had enough left over. I am very pleased. I think the colours work better than an adult sized sock. 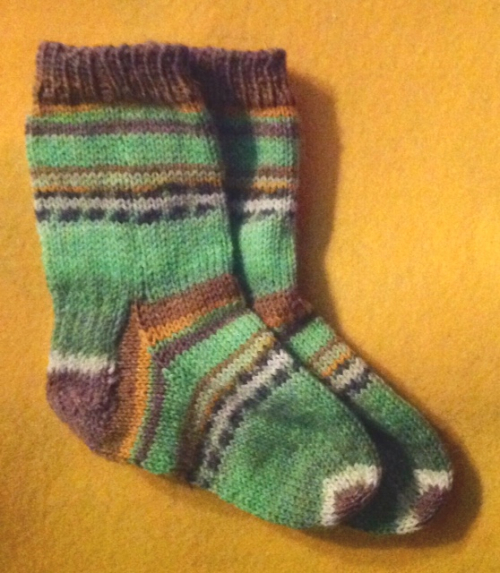 I rescued my new Vogue pattern from Hedy. Luckily she didn't tear it up, as she did with an old paperback from the recycling, but it is very grubby on the outside. I plan to make the dress without the gathered pockets. 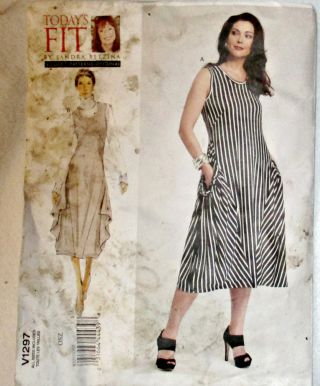 Gilly continues to improve. She is wicked, she has stolen things from the grocery bags and on our walks she ranges far and wide. She is interested in life again, and maybe there will be some extra food involved?? 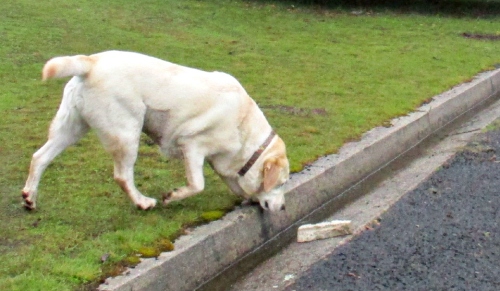 Hedy has never really played inside the boom gate area, so she was quite worried about finding Gilly. You can just see Lorelai Gilmore in the bottom left corner. Hedy Lamarr heard the noise and leaped towards Gilly. 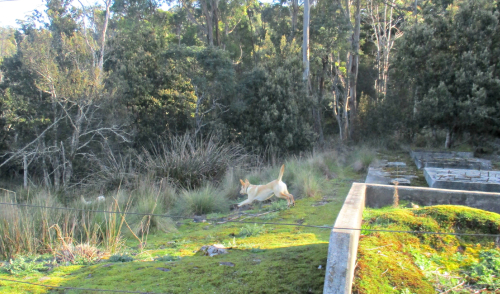 The Labradors love going for a walk. It has been very wet, but we don't mind the rain. I am a little tired of wet dogs inside. Thank goodness we have plenty of dog drying towels at home. 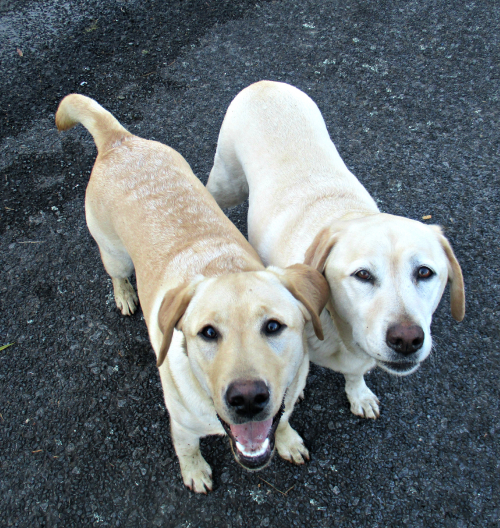 We always take a toy for Hedy to play with, to encourage her not to bite Gilly. MrsDrWho bought The Labradors two new balls-on-a-rope. Really, only Hedy plays with them, but the first thing to do is to remove the rope!! 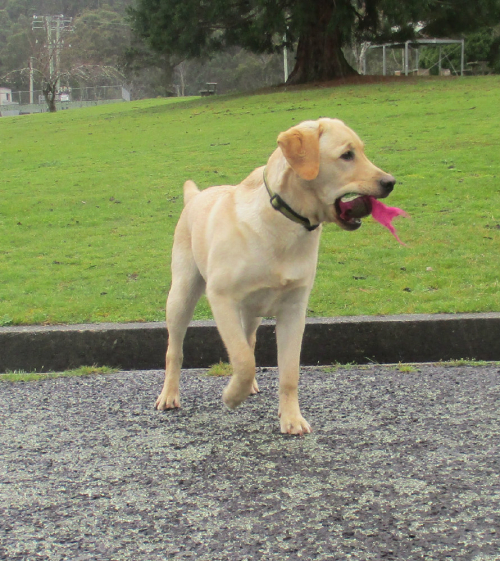 And then remove the covering. We are careful to throw out old 'tennis' balls because the ball inside splits into pieces very easily.

This week nine Australian men were arrested in Malaysia for undressing down to their Speedos which were embellished with the Malaysian flag. I shall not say any more, Internet search them if you wish,   but the general reporting called them "boys" and basically, boys will be boys, right? Boys??!! They ranged in age from 25 to 29. These are not boys, they are men, and men with responsible jobs.  I don't understand why drinking too much and stripping to your undies in a foreign country is dismissed as just boyish behaviour.

Our duopoly supermarkets are complaining that customers using the self-serve option are keying in the wrong codes, saying a mango is a potato for example, and so stealing from them. What did they think would happen when they stopped serving customers?? I am always in a long line waiting to be served by a person. I won't use the self-serve as it takes away people's jobs. I know it is a pointless protest and I am cutting off my nose to spite my face, but apparently that is who I am!!

If it's Thursday, it must be bedtime. Oh look, it is and so it is. I don't think the fact that I slept for seven hours today and seven more in the night, will stop me sleeping again as soon as my head hits the pillow.

prefer going threw self checkouts, dont have to alk to anyone nor catch whatever plague they are harboring. Thankfully no more "free" bags for them to cover in their spit (they licked fingers...gross), so many couldn't understand why I suddenly don't want a bag.....

Hedy ia getting so big :D and glad Gilly is improving and feeling more lively (and boo to no BBQ, not a party without a BBQ :p)

the wee socks are sweet. You are so very clever. Love all the tails & tales of the girls. Stay dry.

that was a lovely "doggie fix" for the week - thankyou ! hope you all had a good sleep - it is lovely listening to the rain but I'm finding it quite tiresome for everything to be so soggy - maybe some sunshine wouldn't go astray :)

I love hearing what Gilly and Hedy have been up to - even when they're naughty. They are gorgeous.

I agree with you on the self-service tills. They are a dire invention :( I'm rather rubbish at using them too.

I'm so happy that Gilly is on the mend. I can't believe how big Hedy is getting!