Waffle On. Waffle Off.

There has been much socialising and, ergo, much sleeping ensued!! We walked at the dam this week, but we slept all day and all night. Twice. I think today we have caught up at last. Private school teachers are already back at work and State school teachers return next week, so there has been some determined catching up. MrsDrWho had a BBQ and I made Donna Hay ice-cream waffles. Oh they are so easy and look pretty fabulous. I made all three kinds: 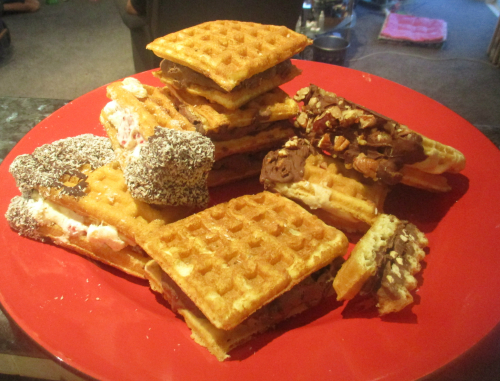 I bought frozen waffles and filled them and froze them for two hours and then did the chocolate dipping. We had a little heatwave of 30*C so I didn't want to bake. I didn't taste any because I can't have chocolate, but the BBQ people said they were delicious. And as a bonus they keep in the freezer for ages if you don't eat them!!

The next night we went to the posh restaurant at the Casino and then on Sunday I had a long and leisurely brunch with Judy-May. I came over all faint and woozy as it was hot and she kindly reorganised the seating and I spent the bulk of the time over the air-conditioning vent, feeling soooo much better. How kind!! I sewed a Rey Zippy pouch. I am a big Rey fan, Rey from Star Wars: The Force Awakens.

I have been buying material at The BlackSpot of Doomlight (TM) Their Christmas material is on sale for $2-50 a metre, or $1 if you buy the rest of the bolt and with member discount it comes down to 75 cents a metre. I may have been back three times. I did buy some material to make my Rey dress. Now it is home I am not sure it is right. 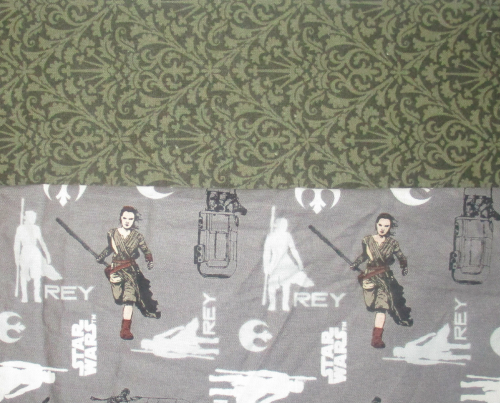 There was a better khaki colour but it was plain, and I always spill things on the bodices of my dresses. The Rey material has a tiny bit of green on her outfit, a bronze/khaki colour. I think I might wait and see if there is a better colour later on. This green will not go astray!! 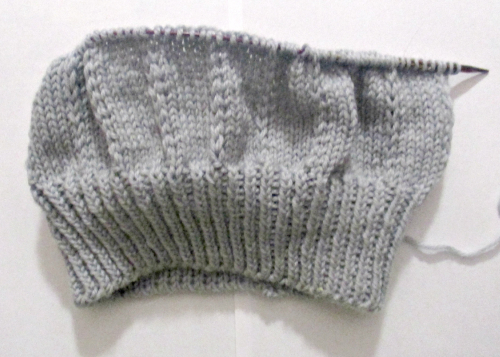 I am racing against time to knit a hat. Today I suddenly remembered a vague promise to knit a hat for MrsDrWho's god-daughter, and it is her birthday tomorrow. We are so old that a god-daughter is perhaps thirty??!!

I need to knit 250 metres by tea time tomorrow. I have knitted a ball so far this afternoon. I've made this hat before, it is the Michele hat, and I have named this The Neil Diamond Hat and I am using Merino Magic 8ply from Heirloom. I am knitting as fast as I can. The slip stitch pattern is easy: one row K6 Slip 1, the next row just K to the end. 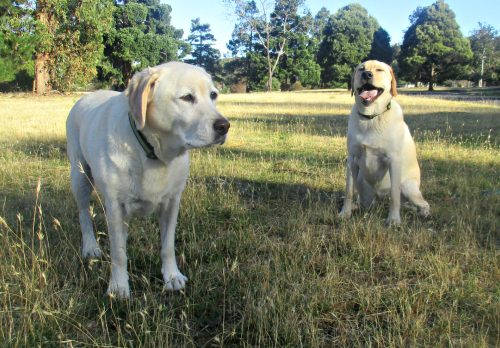 Such good news for Lorelai Gilmore at the vet. Her results were excellent and from a starting point of 3 1/2 blue tablets every day, she is down to 1/4 of a tablet every second day, and an Imuran(sp?) every second day too. Dr Tim was very pleased and Gilly seems so happy, playful and normal again. The days have been delightfully cool, but sunny in the afternoons and so Gilly likes to lie on her cushion and soak up the warmth. 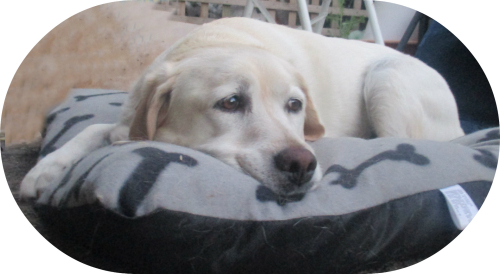 Hedy Lamarr pulls like all get out when she walks on her lead so Dr Tim suggested a new harness. I don't have a picture, but as soon as she put it on, she walks like a good girl. MrsDrWho bought Hedy a rope toy for her birthday last week, and she loves to fetch it. I also think it is hefty enough to survive her sharp chewing teeth for quite a while. We are making Hedy work when she wants to play: she has to sit and not bark. She learned to sit in no time flat but she is contrary and barks if throwers are too slow for her. Sadly, that means she has to wait even longer. 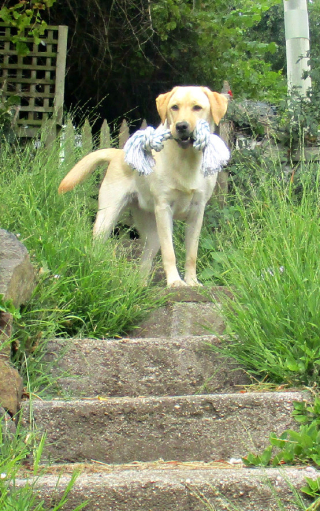 We haven't really done very much at all, what with all the sleeping and resting in bed. We are very grateful for the cool weather, it even rained this afternoon!! The poor people in Sydney have been suffering from the heat with the hottest month ever in January, but Cooma has had 36 straight days over 35*C. Now I must go back to the couch to watch The Weekly and knit, knit, knit......

Wonderful news about Gilly - it's great to see her improving so much! I love that Rey pouch - such a great idea. I bet the waffles were very popular.

I love your dress fabric - so cool. I caught up on The Weekly last night on ABC2 - making hay while I can get the ABC as the reception frequently drops out in my area.

hello 2paw its dennis the vizsla dog hay that is gud nooz abowt gilly i hope the gud nooz kontinyooz!!! and dada sez frozen waffels mayk him think of eleven frum the faymus netflix dokyoomentry stranger things i do not no why he sez that me i say waffels mayk me think of brekfast!!! ha ha ok bye

I love your zippy pouch.

So glad that Gilly is doing good. I used to take Imuran as well. I hope it keeps her healthy!