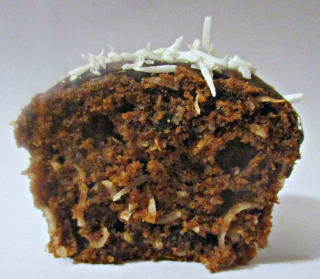 I remember eating Golden Roughs as a child. They were milk chocolate and toasted coconut, shaped into a disc. It seemed quite big then, bigger than the palm of my hand, but since I haven't seen them for years, I expect they were much smaller. The toasted coconut ever so slightly poked up through the chocolate top. They were delicious. The new May Delicious has a no-waste cupcake/muffin baking section. MrsDrWho, who once thought she didn't like coconut, actually does. As she is on school holidays, I decided to bake some Coconut Rough muffins.

Serendipitously, I had everything except the shredded coconut, which was the no-waste item, and now I have left over shredded coconut which I need to use up: coconut inception!!!!

I followed the recipe exactly, although it made 16 rather than 12 muffins. I measure out cupcakes and muffins with an old-fashioned ice-cream scoop which I think is 1/4 cup. A cupcake is a cupcake, and I prefer to make 16 smaller, instead of 12 overflowing, cakes.

I can't taste the muffins, because they are chocolate, but they smell delicious. Oh and they are so easy to make, you can make them even if you are still recovering from a never ending cold.

Preheat the oven to 180*C and line one or two muffin trays with paper cases: if you have two trays you can bake all the muffins at once, swapping and turning the trays half way through the baking time to help them cook evenly.

Put the flour, sugar, coconut, cocoa, salt and the 50g of chopped chocolate into a large bowl and whisk to smooth any lumps and combine.

In another bowl or jug combine the buttermilk, oil and egg. Again, whisk till combined. Make a well in the centre of the dry ingredients and add the wet. In hindsight I should have used a larger bowl. No matter. Mix gently to combine. Some people only mix their muffins 20 times, eg, I just mix them until all the ingredients come together and no more. It is important not to over-mix muffin batter.

Scoop the mixture into the paper cases and bake for 22 minutes. They are cooked when a skewer poked into the centre comes out clean. This is a very good recipe because I set an alarm for 22 minutes on my Ipad, and they were perfectly baked in the time allowed. 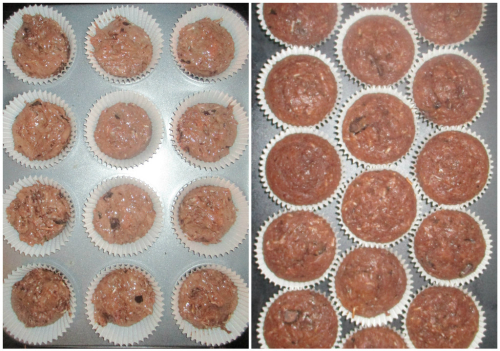 Leave for a few minutes in the tray and then remove to a cooling rack until they are completely cold.

To make the icing, which is chocolate ganache, put the 150g of chopped chocolate into a bowl and heat the cream to almost boiling point: I use the microwave. Pour the cream over the chocolate, cover and leave for a minute and then stir until smooth. When the ganache is cold, spread over the muffins and top with a little of the shredded coconut. 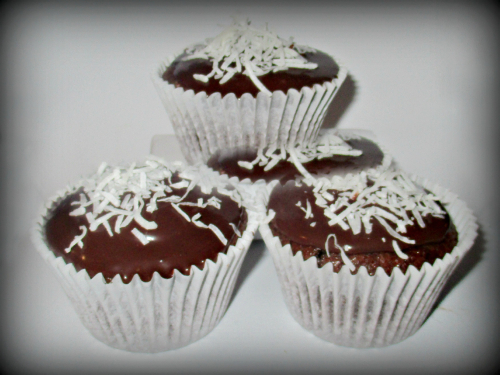 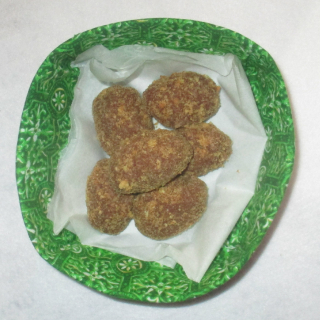 Two words, two weeks: head cold. We shall speak of this no more.

Yesterday I saw these Easter Egg Scotch Eggs on Lorraine's Not Quite Nigella blog. Excellent, I thought, easy and fun. And they are. I did change a few tiny details: I used Butternut Snap biscuits instead of Kingstons. Butternut Snaps are an oaty Golden Syrup biscuit, rather like an ANZAC, but without the oats. I used Mini Creme Eggs. My friends are experienced chocolate eaters, but I thought a large Creme Egg might be just a tad too much, even for them. The Creme Eggs proper look so much nicer when you cut them in half, but I made my Creme Egg bed and I had to lie on it. This makes 4 large Creme Eggs or a packet of small ones, which is 10. 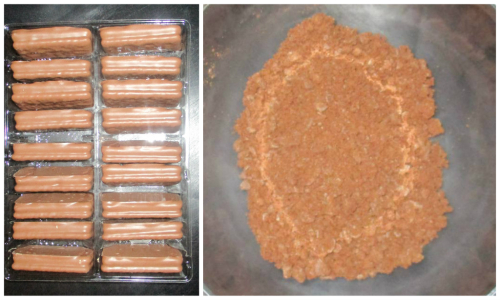 Crush the TimTam biscuits in a  processor or a plastic ziplock bag. 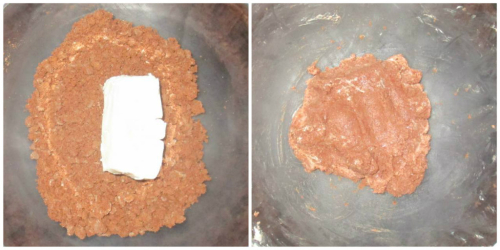 Then add the softened Philly cream cheese. Blend or mix till well combined: you should see hardly any white cream cheese streaks and it should be quite fine. 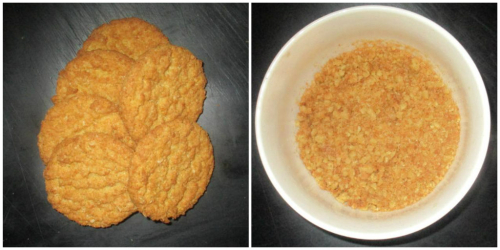 Crush the Butternut Snap/Kingston biscuits in the same way and place in a small bowl or ziplock bag. 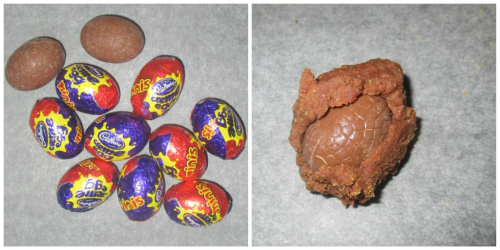 I experimented using two different amounts of the TimTam mixture when covering the eggs: 2 teaspoons and 3 teaspoons. I think 3 teaspoons is the best, and there is enough mixture to cover the small eggs this way. I scooped out the TimTam mixture into portions and then moulded it around the Creme Eggs. I tried to remember which was the pointy end, but sometimes I forgot. It doesn't seem to matter. 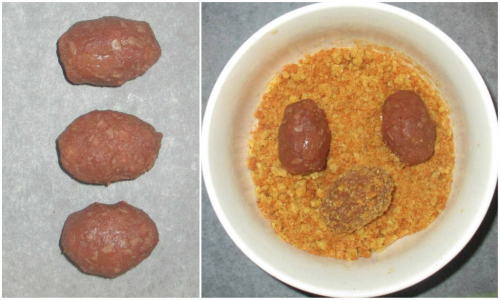 Once moulded, I smoothed out the eggs rolling them between my hands and then covered them with the Butternut Snap crumbs. I found I needed to press the crumbs on firmly. 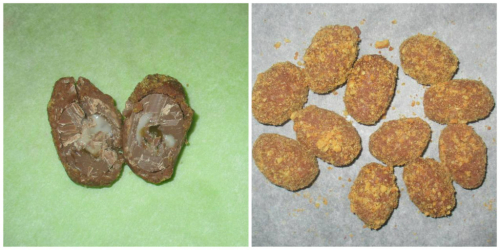 Refrigerate till firm and then eat!! Of course keep these in an airtight container and I think they are best eaten at room temperature. 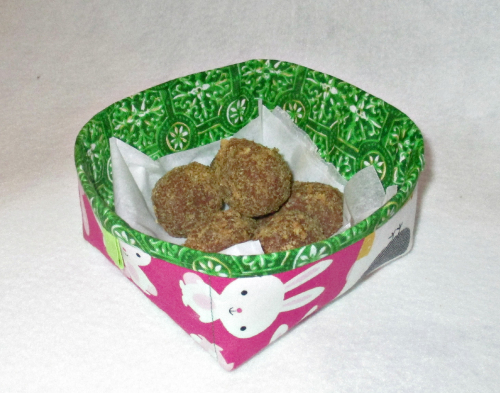 The eggs are resting in the Petit Four basket I sewed today. It has rabbit and chicken material and a pretty green lining.