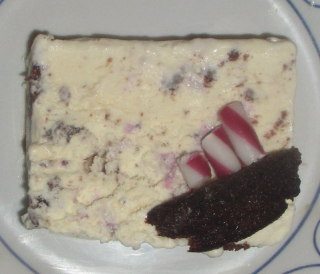 Oh, we are melting. It is the hottest November ever here, with temperatures at least 10*C above normal. I could not turn on the oven. I was inspired by Gemma from Bigger Bolder Baking and then Donna Hay. I watched Gemma's ice-cream video and it reminded me that I made two-ingredient ice-cream as well. I had candy canes and when I searched I found Donna Hay's recipe. She uses vanilla ice-cream from the supermarket. I felt I had properly made something because I whipped up the ice-cream!! I bought the brownie, well a double choc-chip muffin......

You can add anything to this ice-cream. I chose the brownie and candy cane option, because it is festive and the ice-cream will keep in the freezer and I am a tad prepared for Christmas now!!!

The ice-cream is whipped for 4 minutes and then there is some crushing, crumbing and finally folding: less than 10 minutes in all.. 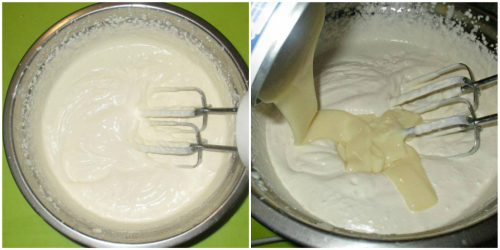 In a large bowl, whip the cream with a mixer until it is thick - about 2 minutes. Pour in the very cold condensed milk and whip until thick again- another 2 minutes.

Remove the plastic from the candy canes and then crush them. I put them in two zip-lock bags and smashed them. 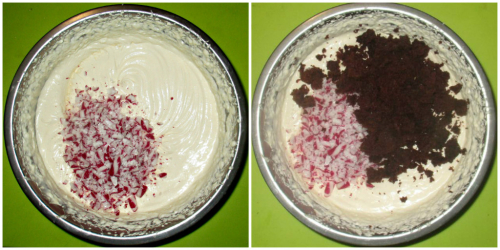 Add the crushed candy canes and the crumbled brownies. Fold through. Fill a container, I used two 1 litre loaf tins, and freeze for at least 3 hours or overnight. 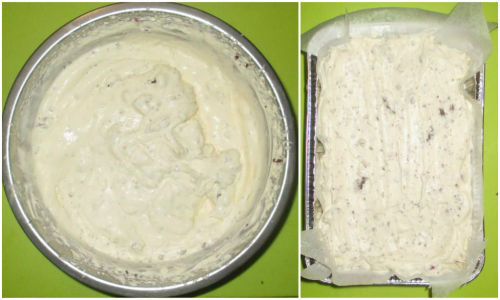 And serve. This will keep for up to 8 weeks in the freezer, well wrapped and airtight!! 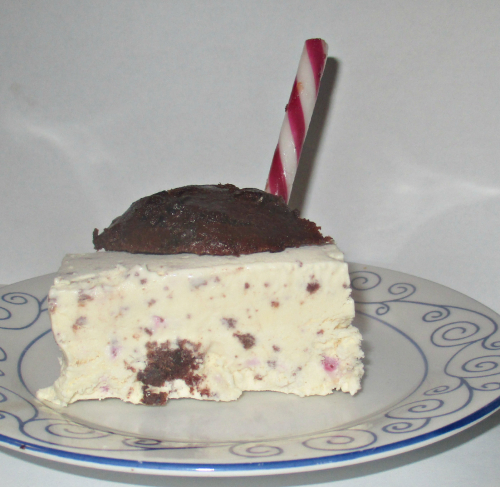 Delightful! I could manage to follow this recipe and be pleased with the outcome even in cold weather. Ice cream is always my downfall.

that looks good ... sadly, i would get impatient and eat the ice cream and the brownie before actually putting the recipe together- you managed to make the completed dessert ... hats off to you!

sorry about your heatwave- we finally have had a bit of cooling down here- it's still unnaturally warm for much of the day, but at least nights are getting cool and we can do without air-conditioning most of the time- i got out a coat and some long-sleeved shirts with hopes for getting to wear them before christmas (never a sure thing here ... we've had winters that felt like icy blasts from the arctic as well as winters with never a day below freezing)-

hello 2paw its dennis the vizsla dog oh hay wow that sownds like ice kreem wot sandy claws wood reely like!!! i bet yoo wood git lots of ekstra prezzents if yoo left him a playt of that!!! hmm maybe i shud ask dada to mayk sum and it wood finaly git me off the nawty list wot do yoo think??? ok bye