Love Is In The Air

I was so afraid we might end up with a Brexit or a Trump result, but my faith in Australians is restored and bolstered.  Overall, it was 61.6% saying YES, and our state, with a terrible record for many years, had the equal third highest YES vote. 133 out of 150 electorates said YES to civil marriage for a woman and a man, a woman and a woman, and a man and a man.

Now we wait for the Parliament to do the right thing, to pass the bill and not allow discrimination by wedding bakers and florists. I was pleased to see James Paterson's bill has been taken down. I have my fingers crossed again. I didn't think I would ever see the day.

I have been recovering from my eye operation, it has only been three weeks, and I have been extra tired. I have hay fever, and I can only take my 'pretend cold tablets' which also make me drowsy. There has been a lot of sleeping. I had a battery of weird and expensive tests and an ultrasound (I didn't have to pay, yay again for Australia). The good news is that nothing has changed, which could also be the bad news, but I choose to think happy thoughts: if my condition ever changes, it won't be for the better!! 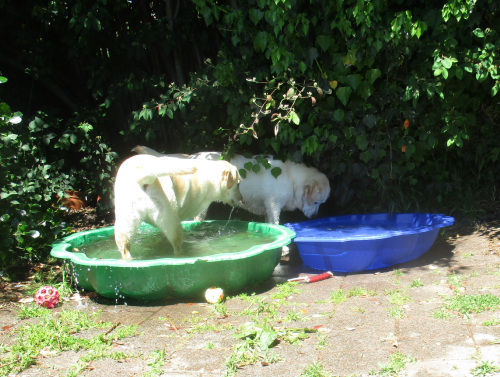 Lorelai Gilmore and Hedy Lamarr have a new paddle pool. It is sooo much smaller then the green one which is 28 years old, but it means Hedy can't monopolise the cool water. Gilly would never push her out and so there's always a spare pool now. 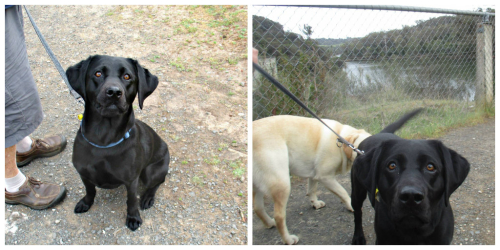 Sandy's dad and mum don't have a new dog, after Sandy died, but they are Respite care for trainee Guide Dogs. They hosted Paris over the Recreation Day long weekend. Paris is two years old, and she wasn't allowed off her lead as the dam area is not secure. We don't want her running down an almost vertical hill into a gorge of trees like Gilly and Hedy...... 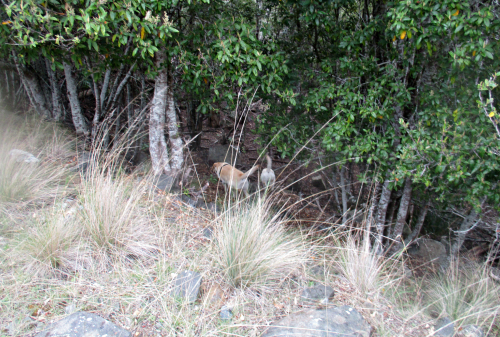 They are good girls and come back when they are called!! Hedy like to roll about, and she especially likes to show you her belly when she has done something wicked, let's say stealing the wraps from the grocery bag, opening the packet and eating them. She loves the grass at the dam. 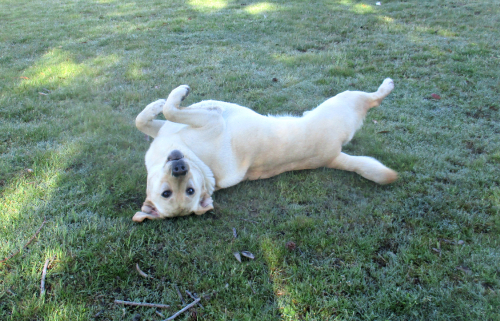 Gilly watches and waits for Sandy or Rafa's dads to arrive. 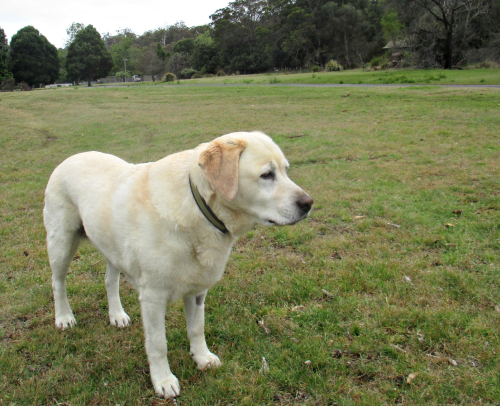 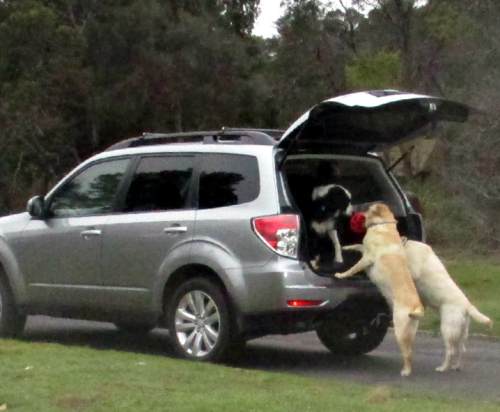 I had planned to sew today as the forecast said it would be cool. It was not. It was 29*C and we always add 5-8 degrees, so if you do the maths it was quite hot. In the end I did cutting out. It will be cooler tomorrow and I plan to sew. I am making the Seamwork Almada Robe in some lovely rayon from Spotlight. This is the photo from the Almada PDF. 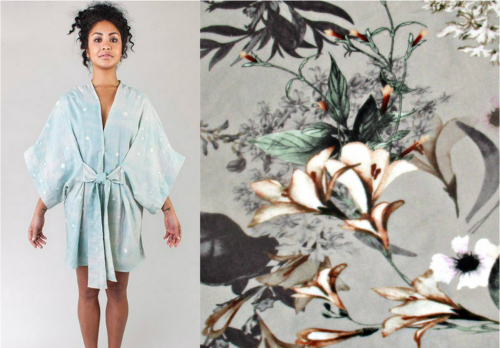 Although I have The Instagram, and it is so easy to post a photograph, I love my blog. I have found lots of people whose blogs I used to follow, and so I am very pleased to see them again!!

I still haven't knitted with my plastic surgery-ed finger. The weather is warmer now, so I have given up on this year's cardigan. I can sew, so I am making the best of it. I have read four books in the last three days, and found all bar one of my Library books, so I am doing well. I have a week to find it..... One job I want to do is add the 77 books I have read since June to my side bar. I love having a record of the books I read and I am way behind.

I haven't kept up with answering my comments. I want catch up in the next few days. Sometimes they are too far back to appear on my iPad and I am too lazy to turn the computer on!!!!

It is not long until Christmas and I am not panicking or worrying. I even found edible rose petals for my Turkish coconut ice at the deli at the corner. I have been slowly shopping for presents and making baking lists. I love Christmas!!

Proper Turkish delight. Yummy, yummy. We used to buy some from the Turkish shop near my station . Bought more once and it was terrible. He could no longer import the truly Turkish stuff and the replacement was awful.

Don’t forget how to knit over Christmas! My sister has been making Boomerang bags for the local markets. Take one from the stall, take goodies home and bring it back next time. There is a local group making them. They buy doona covers at the op shop for next to nothing. If op shop is overstocked, somtimes they are not charged anything. An identifying patch which says Pacific Palms Markets is sewn on at the start. Markets are once a month.

Take care and sleep if needed. As with my son, I think an operation needs to have healing and not just the physical effects of the operation like an incision. He says he is catching up on months of little sleep which was poor quality when he did sleep.

28 years is a long life for plastic goods

A wonderful cheery note. 28 years on a paddle pool is quite a good life!!! Impressive. Glad you are doing well and that the holiday season is soon to be upon us. So good to see your posts with lots of pictures.

Congratulations on the results of the same sex marriage survey, and here's to successful passage of the bill! My admiration of all things Australian continues to grow.
Hello happy dogs!
A few years ago I started a little journal to keep track of books I've read. It's gotten so I'm listing them on sticky notes, intending to add them to the journal with a little more info...I am way behind.

hello 2paw its dennis the vizsla dog hay i am glad to heer that they voted the rite way their that is gud nooz for the peepul hoo wil now git to git merried!!! i hope that peepul heer vote the rite way nekst yeer in owr off yeer elekshuns!!! hay that is a gud thing that yoo hav got a sekund pool now it is too pools no wayting!!! the noo wun may be smaller but i bet the water stil feels nice rite gilly and hedy??? ok bye