Well, unexpectedly, Auntie Dutch and I were able to visit Hedy Lamarr last night, and here she is!!! 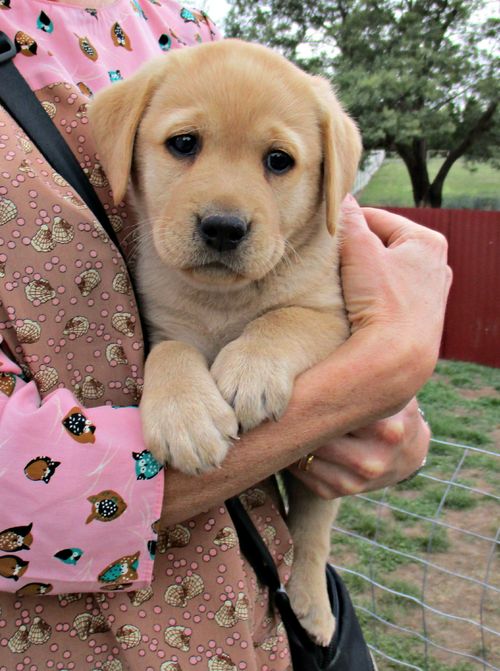 She is as cute as a button and so happy to be cuddled by Auntie Dutch. She's coming home on Saturday afternoon. I brought home a towel that smelled of Hedy and Gilly has been sniffing it. A Lot.

Here are lots of puppies. Hedy has six brothers and sisters. 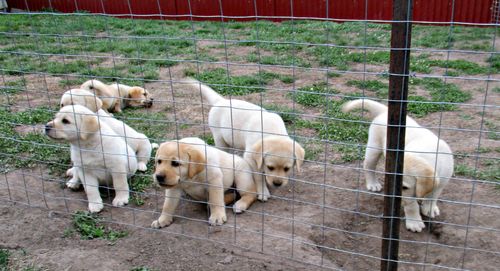 There are pale, and more caramel coloured, pups. Hedy is caramel, like Peri. The breeder chose Hedy for me, she was the one his daughters liked the most and he said she was a good pup. He could have handed me ANY puppy, and I would have taken her home and loved her!!!

Here is Bruno, Hedy and Gilly's dad, and on the left is Dolly. Dolly is a relative of Gilly and I think she looks like her too. When she saw us she cried and woofed and sounded just like Gilly. 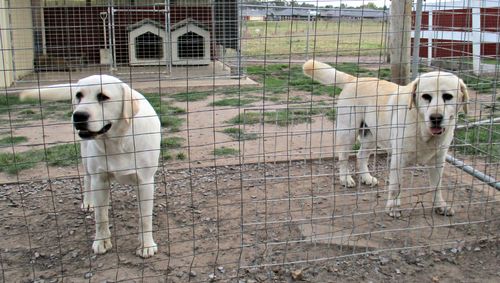 Lottie is Hedy's mum, but she was not for meeting us. She was not very happy last night. I expect it is hard when your puppies are older and leaving home. 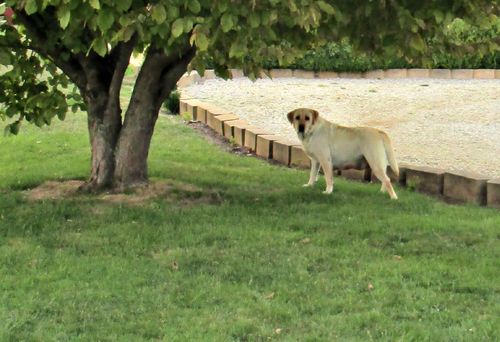 MrsDrWho is going to take me to fetch Hedy on Saturday. It has been a whirlwind this week. We have hidden the cords and cables in the bedroom and loungeroom, and put all the shoes away, or in a high sided basket. We are also trying to get everything ship shape out in the world: sewing, knitting, lunches and dinners, things to do, places to go: all sorted out as much as possible so we can stay home with the new puppy for a fortnight or so.

I finally got around to binding Uncle and Auntie Dutch's Christmas quilt. It was inspired by the In Color Order Giant Vintage Star Quilt. I was kicking myself because I only bought half a metre of the reindeer material, but in the end I quite liked the spotty gold points as well.

I've almost completed Block 4 of The Splendid Sampler and now things have ground to a slight halt. I made Suffolk Puffs (or Yoyos) instead of appliquéing circles. I still have to embroider the flower stems. I shall have plenty of time at home later on to catch up, if I want to. 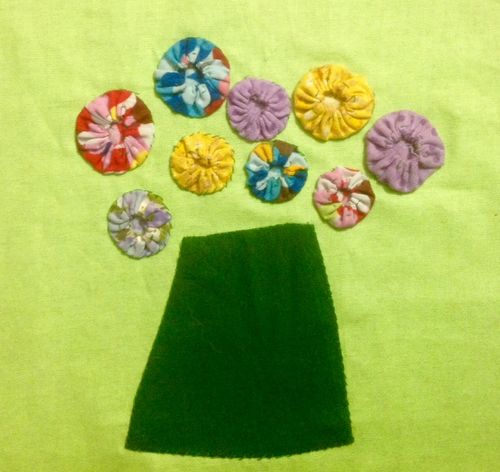 While I was extra poorly with some weird bug last week, I slouched sideways on the couch and watched so many episodes of Marvel, Agents of SHIELD, that I am all caught up. I knitted some more of my cardigan and I have fewer than twenty rows of raglan decreases to go. Then there is just the back of the neck, the collar so to speak, to make. And buttons to choose. The dark pine colour does not photograph very well at night, but it looks like a cardigan now.

Here are the two Labradors, Lorelai Gilmore and her friend Sandy, playing on their walk. One is in and one is out and it is very exciting. Gilly is going so fast the camera can barely see her.

I had to shepherd her out. It was a great game.

Tomorrow it will be 30*C and then only 21*C on Thursday. Perhaps this is the start of a beautiful Autumn?? The nights are drawing in and the Sun is rising so much later. There is a chill in the air of a morning when we walk, but I have yet to change into a long sleeved top.

We are enjoying the last few days of Lorelai Gilmore by herself. It will be a big change for her, but I am very confident she will learn to love Hedy as much as she loved Harki and Peri.

Now And Then There's A Cool Such As I

Oh it has been cooler, not cold, but cooler. It rained all afternoon and evening on Wednesday and it has rained again today. Rather than doing myriad tasks, we have slept. We slept soundly in the cool weather, listening to the rain on the roof. We may sleep again any minute now.

On Tuesday night I could not for the life of me work out the pattern instructions for my cardigan: too hot. Wednesday morning?? Piece of cake!!! 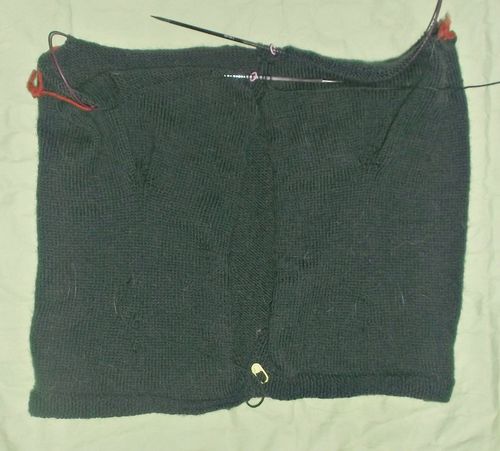 I increased up to the next size for the bust increases and then decreased secretly at the underarm whilst doing the neck decreases. It was a bit complicated , but it meant that the 24 extra stitches were not decreased at the v-neck, so it will slope evenly all the way up. The colour is hard to photograph, and I am a poor photographer, but tomorrow we are up to joining in the sleeves and starting the raglan decreases.

I have some new Star Wars Rey material to make a dress. I bought the Iron colourway, which I think will go well with a bronzy-green plain or slightly patterned material. 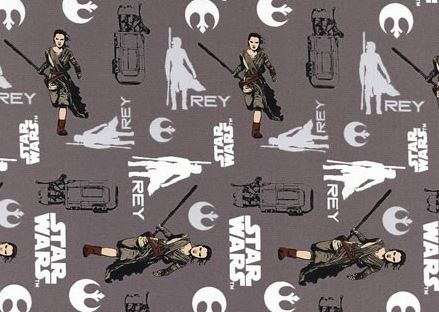 I have sewed The Splendid Sampler block 3. Lots of hearts!! MrsDrWho gave me a bag of material bits and bobs, lots of colours I don't have, so that I can use them in my blocks. 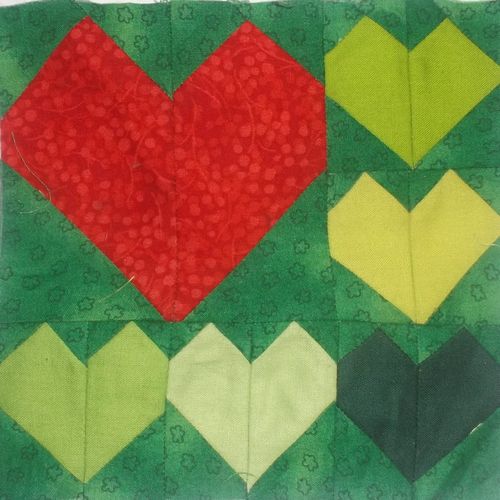 Here is the If I Could Shawl blocking. My word, it is large, but I need to block more vigorously next time.

Lorelai Gilmore loves a walk in the rain, and even the little rain we have had has been enough for the grass to start growing. There is a kind of shimmer of green peeking through the pale grasses. 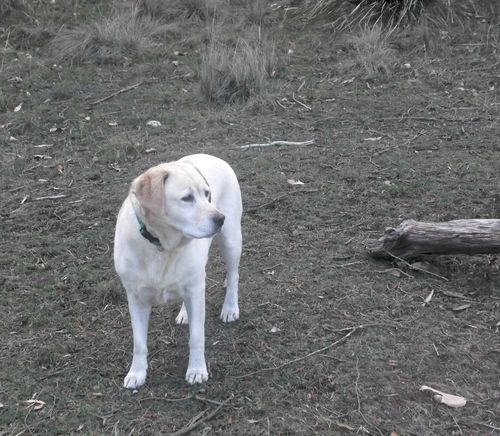 I bought a special deal from the supermarket: four little tubs of yoghurt and an icy-pole making set. In fact it was cheaper to buy this for $10, rather than the four yoghurt tubs separately, so the icy-pole set is really very free. I love that the little sticks are re-usable and there is a nice wooden presentation thing, and you pop the sticks into it to serve.

Today we did some jobs and tomorrow and Friday I am making MrsDrWho's nephew, MasterSingapore, a gold pencil case and filling it with some geodes or rock things from The Museum shop. It is his birthday. I am always late for birthdays, I still have to knit a hat with a pig for MrHouseOf for last year!!

This time next week it will be 30*C, so we are planning on catching up on more sleep, maybe some reading and sewing and A Lot of knitting. I am also very chuffed that once again I have managed to make my Friday Food before Friday. I have it on good authority that it is a delicious recipe, and I am extra pleased because it was an easy recipe too!!

For two glorious days it was 19*C , then one almost glorious day it was 22*C. Lorelai Gilmore and I were so happy. We slept all morning and then on Tuesday we went to bed at 7pm and slept all night in the wondrous cool. 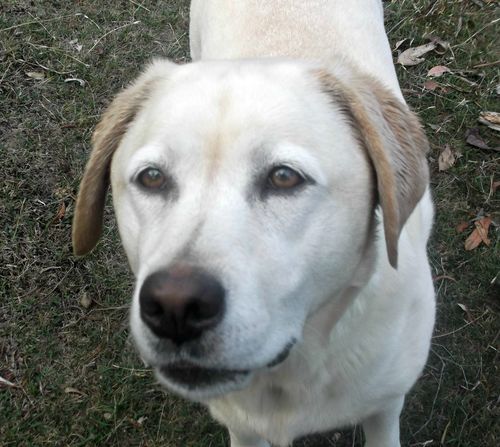 The cold is fading away now, but at least the nights are cool. And when the days were cold I managed to do more than a few things.

I finished knitting a shawl: there's a group where we knit along together and I metaphorically hold the hands of those new to shawls. I have to soak it and block it now. 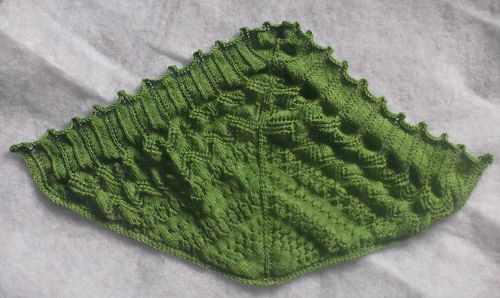 I read on Esme's patchwork and quilting blog about The Splendid Sampler. There will be two blocks a week for fifty weeks, one hundred in all: and it is free. I bought a few plain greens to supplement those I already own and I have finished blocks 1 and 2. They are all 6 1/2 inches. 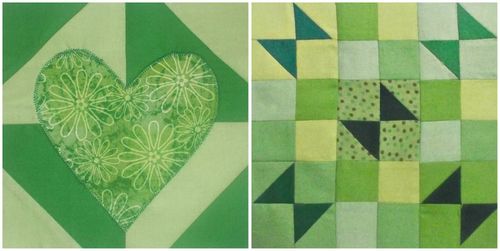 I also sewed one of the warm up projects: the Cathedral Window pincushion. It's wobbly and I had to join some pieces, but it still works a treat. A few of my knitting friends and I went to a funeral this week. I think you should tell the people you love that you love them while they are still alive. I don't want to regret not doing that. At Leukaemia Support Group we learned about Advanced Care Directives. Basically you set down what you want to happen if you are in an accident or too ill to communicate in hospital. It is unnerving to think about. Uncomfortable. But since I am poorly with my weird illness, I have asked someone to be my 'person' if anything happens.

I just need to work out where on the form you write " and I want The Labradors to come and visit"!! 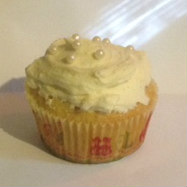 This afternoon I just fancied some vanilla cupcakes. I had some sour cream to use up and so I searched for a recipe and found The Perfect Moist and Fluffy Vanilla Cupcakes. I made half the recipe and used a vanilla bean instead of vanilla extract. I made one sixth of the frosting as that's all the butter I had!! Yum, delicious and vanilla-y and moist and fluffy as promised.

Lorelai Gilmore has FlippyFloppy Ear and we saw Dr Marion at the vet. A woman after my own heart, she agrees that anything over 25*C is tropical here!! Gilly's ears are improving in leaps and bounds. There is no new Puppy news. Be assured when there is Puppy news, everyone will know. 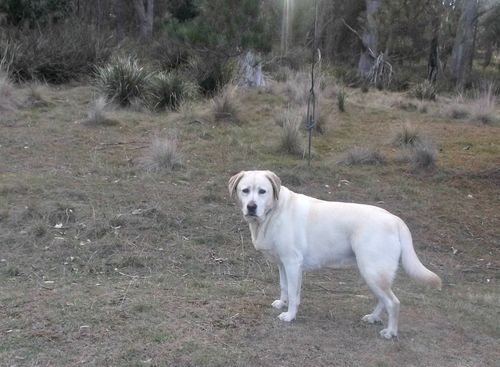 Gilly is shocked: "What, a puppy you say?? What is this thing of which you speak?"